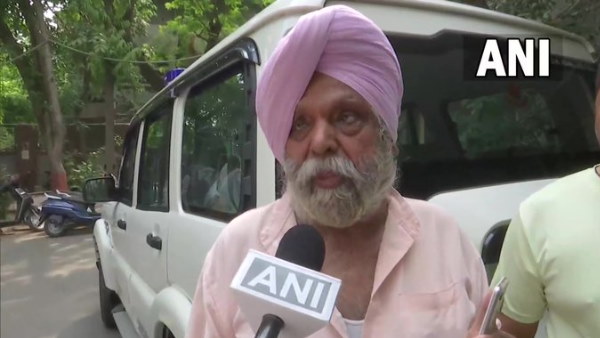 New Delhi, 06 May : BJP leader Tejinder Pal Singh Bagga’s father Preetpal Singh Bagga said that the first two policemen came to the house in the morning, who have already brought notices 2-3 times. Then suddenly 10-15 policemen entered the house and started dragging him (Tajinder Pal Singh Bagga). When I picked up the phone to make the video, he took me to the room. Preetpal said, “My phone has also been snatched, Tajinder’s phone has also been taken away. Punch kiya on my face… are saying about the case that Arvind Kejriwal has been threatened with murder.

Why was Tejinder Bagga arrested?

Mohali police had registered a case against Tejinder Bagga in the cyber cell. He was arrested in the same case on Friday. Tejinder Pal Singh Bagga is accused of using derogatory words against Delhi Chief Minister Arvind Kejriwal and trying to divide the society on the basis of religion and caste. The ruckus is increasing over the arrest of Bagga. Delhi Police has registered a case of kidnapping against Punjab Police at Janakpuri police station. At present, the Crime Branch of Kurukshetra district has stopped the police team carrying Tejinder Singh Bagga at the Kurukshetra Crime Station. There is interrogation.

Bagga’s father made serious allegations against the police

On the other hand, Tejinder Pal Bagga’s father Preetpal Singh Bagga has made serious allegations against the policemen who came for the arrest. He said that first two policemen came. Then suddenly 10-15 policemen came. Then punch me and took my son (Bagga). He told that Delhi Police did not come there.