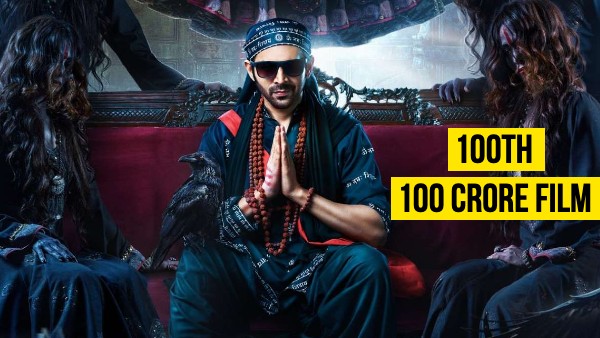 Bhool Bhulaiyaa 2 is the 10th film of Kartik Aaryan’s career. And with a total earning of 108 crores, this is the top film of Karthik Aryan’s career. The film has also earned 143 crores worldwide so far and it is believed that this film will leave the theater only after taking entry in the worldwide 200 crore club.

Apart from 6 hits, if we talk about flops, then four flops of Karthik Aryan include – Akashvani, Kanchi, Guest in London and Love Aaj Kal. Out of these, except Love Aaj Kal, the audience did not have high expectations from any film anyway. Love Aaj Kal was the revamped version of Imtiaz Ali’s famous film Love Aaj Kal, in which the pair of Kartik Aaryan and Sara Ali Khan were kept in the headlines.

Karthik remained in the limelight

Kartik Aaryan joined the controversy sometime back when he was dropped from Karan Johar’s Dharma Productions’ Dostana 2. Karthik Aryan also got the tag of being irresponsible but at that time, fans and many people of the industry supported Karthik Aryan. Even the directors and producers who have worked with Karthik said that till date Kartik has never shown any tantrum like being a star on the sets.

Karthik has become the favorite of the fans

After this, the fan following of Karthik Aryan has doubled and quadrupled at night. In 2019, Karthik Aryan also made his place in the top 100 list of Forbes and his fans also celebrated this a lot.

If we talk about the upcoming projects, after Bhool Bhulaiya 2, Kartik Aaryan has been fully involved in the work of Ekta Kapoor’s Rohit Dhawan film Shahzada. Apart from this, he has also completed a film titled Freddy with Alaya F for Ekta Kapoor’s Balaji Telefilms. Kartik Aaryan’s part is a film by Sajid Nadiadwala’s production house, whose name was Satyanarayan Ki Katha. The name of the film has been changed for the time being and the new name has not been announced yet. Apart from this, Kartik Aaryan will also be seen in Hansal Mehta’s Captain India.