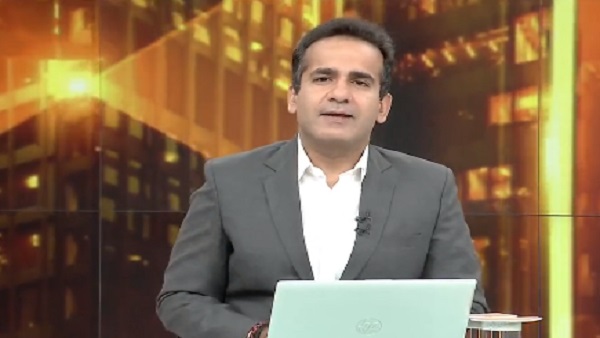 New Delhi, May 08. A team of Rajasthan Police has again reached Noida to arrest TV Journalist Aman Chopra. According to the news of NDTV, a case has been registered against Aman Chopra for creating enmity between two religious groups and hurting religious sentiments. This information has been given by senior police officers on Sunday.

According to the report, this FIR has been registered against Aman Chopra at Dungarpur Kotwali police station in Rajasthan. This complaint has been made by a local person. The complaint states that Aman Chopra, by giving false and fictitious information in his show, wanted to prove that the state government was behind the demolition of the temple in Alwar and this was done to avenge the Jahangirpuri violence.

Three cases have been registered against Aman Chopra under these charges in Bundi, Alwar and Dungarpur districts of sedition, hurting religious sentiments, promoting enmity between two groups and under various sections of the IT Act. Police said that the Rajasthan High Court had stayed the arrest in the complaint filed in Bundi and Alwar, but on the complaint lodged in Dungarpur district, the local court has issued a warrant of arrest.

Dungarpur SP Sudhir Joshi has told that one of our team has camped in Noida for the arrest of Aman Chopra. We have not been able to reach Aman Chopra yet, but the search is on for him. Yesterday also our team went to Chopra’s house, but he was not found there and the house was locked.”

At the same time, Sudhir Joshi has also accused the Noida Police of not cooperating. He has said that the local police station was informed before our team reached Noida, but there has been no cooperation from their side. He said that the Noida Police had already been informed about the details of the case and this was the second time the police team had gone to arrest him.

‘I will stay in jail for 14 days for Hanuman Chalisa’, Navneet Rana’s challenge to CM Uddhav Thackeray again