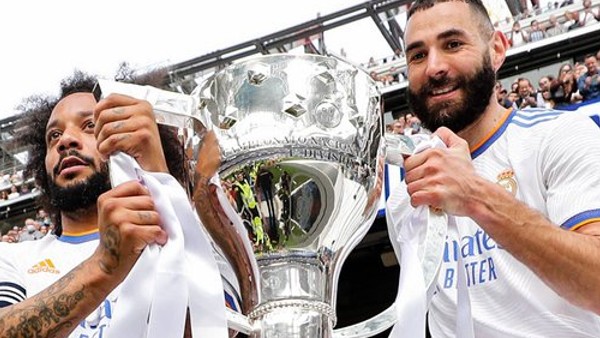 New Delhi. Carlo Ncellotti’s Real Madrid created history by winning the La Liga club’s 35th title in the Spanish Football Trophy late on Saturday night. With this win, Ncellotti has become the first manager to win Europe’s top 5 leagues, which include Spain, England, Germany, Italy and France. Real Madrid won the La Liga title by defeating Espanyol 4-0 after the match between Sevilla and Cadiz was drawn.

Read more: MI vs RR: Rohit Sharma got the gift of victory on his birthday, finally Mumbai’s losing streak broke

Now Real Madrid team will play the second leg of the Champions League semi-final against Manchester City at the Bernabeu Stadium in Santiago on Wednesday. Real Madrid’s team is trailing 3-4 after the first leg. With the win over Espanyel, Real Madrid have taken a 17-point lead over second-ranked Sevilla, while 18 points ahead of arch-rivals Barcelona.

It is worth noting that 62-year-old Ncellotti is considered to be the greatest magician of the football world, under whose guidance Real Madrid is continuously creating new records.

Two top athletes of the country failed in the dope test, there was a big hope of medal, now the ban has been imposed