5 Indian players whose Test career is almost over
Advertisement 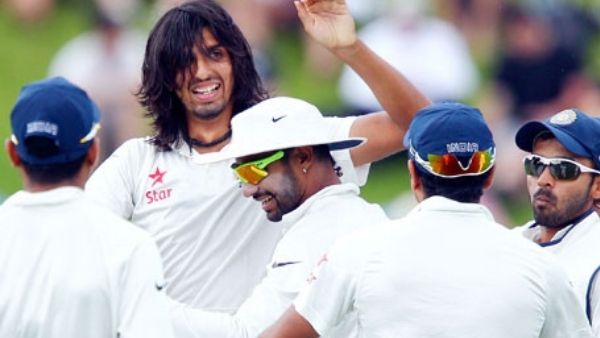 The first name in this list comes from veteran opener Shikhar Dhawan. Dhawan is a key member of the Indian ODI team, but his Test career is almost over. Dhawan played the last Test for Team India against England in 2018. He has been out of the Test team for the last four years and there is no hope of a comeback in the coming times as well. The 36-year-old Shikhar played 34 Tests for India and managed to score 2315 runs at an average of 40.61. He has seven centuries and five half-centuries to his name in this format.

The name of Murali Vijay of Tamil Nadu, once considered the backbone of the Indian Test team, also comes in this list. Murali made his Test debut against Australia in 2008 and was a key member of the team till 2018. However, after the 2018 Australian tour, he was dropped from the Test team due to poor form. Murali is currently away from IPL and domestic cricket as well and there is no possibility of his return to Team India as well. The 38-year-old opener played 61 Tests for India and managed to score 3982 runs at an average of 38.29. In 105 innings, 12 centuries and 15 half-centuries were seen with his bat.

The next name in the list comes from legbreak spinner Amit Mishra. Amit’s Test career is also over now. The 39-year-old played his last Test at home against England in 2016, after which R Ashwin and Ravindra Jadeja were dropped from the Test team after consistent performances. Amit Mishra also went unsold in the mega auction in IPL 2022. He played 22 Test matches for India and managed to take a total of 76 wickets at an average of 35.72.

The name of wicketkeeper Dinesh Karthik, who is known as Kamabak in Team India, is also included in this list. In IPL 2022, Karthik emerged as the best finisher. Dinesh Karthik is currently part of the Indian T20 team, but it would not be wrong to say that his career in the white jersey is over. Dinesh played his last Test match on the tour of England in 2018. After that he was dropped from the team. At present, Rishabh Pant is doing well as a wicketkeeper and KS Bharat is associated with the team as the second wicketkeeper, so Dinesh Karthik’s chances of making a comeback in Tests are negligible. He played 26 Tests for India and managed to score 1025 runs at an average of 25. In this format, Karthik’s account includes 1 century and 7 half-centuries.

The last name in the list comes from veteran fast bowler Ishant Sharma. Ishant has not yet retired from international cricket, but his Test career is almost over now. Due to poor form, aging and strong performances by young fast bowlers, it would probably not be wrong to say that Ishant has played his last Test for India. Even on the South Africa tour last year, the selectors did not choose Ishant in the team. After that Ishant was not given a chance even in the home series against Sri Lanka and he remained unsold in the IPL. Now Ishant has been overlooked from the team for the one-off Test against England as well. Ishant Sharma, who made his debut against Bangladesh in 2007, has played 105 Test matches for India. He holds the record of taking 311 wickets at an average of 32.41. During the Lord’s Test against England in 2014, he took 7 wickets for just 74 runs and led Team India to a memorable victory.

Neither the ball was understood, nor the captaincy, one got confused, 3 captains who can be changed in IPL 2023

IPL will get bigger, what will happen to T20Is again? Shastri suggested to hold only World Cup