8 years given to BJP, PM Modi did not care about me, I was talking about retiring from politics: Babul Supriyo
Advertisement 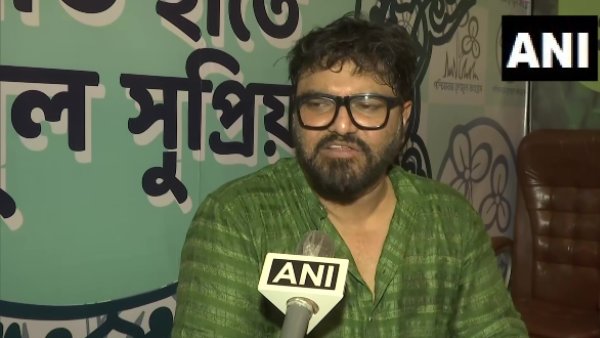 New Delhi, March 5. Babul Supriyo, who joined the TMC after breaking away from the Bharatiya Janata Party (BJP), is constantly questioning the top leadership of the BJP. He has said that despite giving eight years for the BJP, I did not get the place I wanted in the party. The TMC leader asked what was wrong if my political ambitions increased after winning the elections for two consecutive terms. Earlier, after separating from the BJP, he had spoken of retiring from politics. Now he has given a different reason for joining TeamMC again.

Before joining TMC, the distance between Babul Supriya from BJP had increased so much that now he is not able to forget it. Before this, he has given statements about his neglect in the BJP many times. Earlier, he had said that in the last eight years, Prime Minister Narendra Modi and Union Home Minister Amit Shah never felt that a Bengali should be made a cabinet minister.

Was hurt by BJP and had spoken of retiring from politics: Babul Supriyo
At the same time, now the TMC leader has once again questioned the BJP top leadership in a conversation with news agency ANI. He has said that I was hurt and separated from politics. I felt that PM Modi and Home Minister Amit Shah do not care about knowledge. I have worked hard for BJP since 2014. After winning elections twice and doing well in the ministry, what is wrong if I have promotion aspirations?

I retired hurt from politics, I felt that PM Modi & HM Amit Shah didn’t have regard for knowledge. I worked hard for the BJP since 2014. Having won elections twice & performed well in the ministry, if I had aspirations for promotion what’s wrong with it?: TMC leader Babul Supriyo pic.twitter.com/l5rYUzqXYW

Babul Supriyo had raised questions on the BJP whether a Bengali cabinet is not eligible to become a minister. Supriyo had questioned all the parties of North India on the pretext of BJP. He had said that Bengalis have always been neglected. I left BJP after removing me from the post of Union Minister.

Thanking TMC chief Mamta Banerjee, he said that thankfully I got a chance to serve the people by joining TMC. Former Union Minister Babul Supriyo on Monday targeted the BJP government at the Center. Babul Supriyo has been fielded by Trinamool Congress (TMC) as its candidate for the Ballygunge assembly by-election. Supriyo, while trying to promote Bengali pride, questioned the BJP government at the Center as to why the BJP did not make any Bengali leader a Union cabinet minister during the eight years.