A Kashmiri Muslim apologized to the Pandits with folded hands, what was Vivek Agnihotri's reaction, know
Advertisement 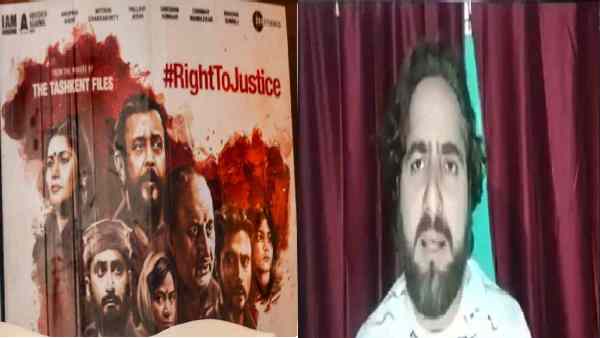 Claims to be an eyewitness to the massacre of Hindus

Filmmaker Vivek Agnihotri has lauded the initiative of a Kashmiri Muslim youth to seek a collective apology for the massacre of Kashmiri Pandits in the Kashmir Valley. In fact, Javed Baig, general secretary of the People’s Democratic Front (Secular) on local ANN news, has said that he is an eyewitness to the Sangrampura massacre in Kashmir and has seen how innocent Kashmiri Pandits were massacred. He has said that the youth of today should accept the mistakes of the previous generation. Sharing this video, the director of the film ‘The Kashmir Files’ Vivek Agnihotri has written on Twitter that if anyone knows this young man, then convey my love and thanks to him.

In fact, in the TV debate, the Muslim youth has said, ‘Dozens of Kashmiri Pandits were massacred … I have seen with my own eyes. Those who were killed were neither stopping ‘Azadi’ nor killing any Kashmiri Muslim. They were unarmed people. If that is not genocide then what is?’ He said, ‘That crime was committed and for this we all together should publicly apologize to the Kashmiri Pandits. You don’t need a film for this.

‘It was our family members who killed Kashmiri Pandits’

‘It was not an escape, it was forcibly evicted’

He has also made his point through several tweets and said that it has become necessary to speak about the truth of the sin of his father’s generation. He wrote ‘The fact is that the Kashmiri Pandit did not flee, but was thrown out in a violent and degrading manner.’ He has even written that ‘I am disappointed by the shameful refusal of the political class of Kashmir and the larger Muslim society of Kashmir to forcibly expel Kashmiri Pandits. That is why it has become even more important that the trustworthy institutions and prominent Muslims of Kashmir come forward and confess our sins of 1990.

Apologizing is the first step in the path of justice – Agnihotri

After this, Vivek Agnihotri shared a clip of the news channel and wrote, ‘This young Kashmiri Muslim is apologizing ‘for the massacre of Kashmiri Hindus’. He further wrote, ‘Confessions of genocide and apologizing are the first steps to the right to justice. If anyone knows this young man, please convey my love and thanks to him.

If PM who contested from Kashi is not an outsider then how am I: Shatrughan Sinha

‘Fights are going on in BJP, Bhagwant Mann has also started work’, Kejriwal took a jibe