Aakash Chopra raised questions on the selection of Indian players, surprised by the veteran bowler not being in the team
Advertisement 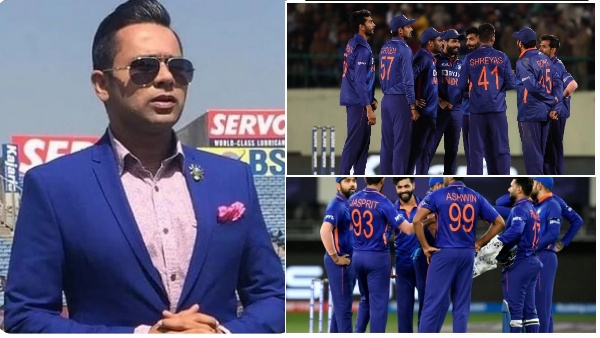 New Delhi, August 9. Since the selection of the Indian team for the Asia Cup 2022, many types of reactions are coming on it. The Indian team, led by Rohit Sharma, will go to Dubai to play this tournament, which is to start from August 27. India has to face Pakistan in its first match itself. Therefore, in the opening matches of the tournament itself, the pressure of the final will definitely be on the Indian team. Whenever these two teams face off, there is an atmosphere of tension between the players as well as the fans of both the countries.

These players got a place for the Asia Cup

Former captain Virat Kohli and star batsman KL Rahul have returned to the team for the Asia Cup. While Rohit Sharma and Surya Kumar Yadav, who took charge of the captaincy, remain with the team. Apart from this, the team has once again expressed confidence in Rishabh Pant in wicketkeeping. However, veteran Dinesh Karthik is also present in the team. Fast bowling is the weakest link for the team.

Aakash Chopra raised questions on the selection of bowlers

Apart from Bhuvneshwar Kumar and Avesh Khan, young left arm pacer Arshdeep Singh is included in the Indian team. Jasprit Bumrah is injured and in such a situation it was expected that Mohammed Shami, who had performed brilliantly against England, would be given a chance in the team. But the selectors have kept Shami away from the Asia Cup. Kuldeep Yadav, who returned to the team after a long time, has also not got a place in the team for the Asia Cup.

Mohammed Shami should have got a chance

Talking on Hotstar, Aakash Chopra said that it is beyond his understanding why Shami has not been included in the team. He said that Shami has been performing well since IPL. If I have to choose between Avesh Khan and Mohammed Shami, then here I will go with Shami with my eyes closed. In the absence of Jasprit Bumrah, the team should have gone with Mohammed Shami.