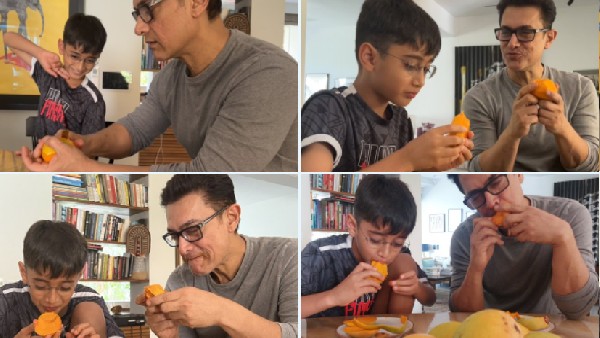 Aamir Khan, who is the most versatile superstar of his generation, recently created a flutter on the internet with a video of him. Actually, the superstar is enjoying mangoes with his cute son Azad in this latest video. In such a situation, this father-son duo can be seen doing mango binge, in which both the hands broke on seeing a plate full of mangoes. This visual of Aamir is finding his fans very interesting.

Because Aamir and Azad had mangoes, this moment is candid. Posting this video on social media, Aamir Khan Productions wrote in the caption, “Have you treated yourself and your family with some yet?

Seeing this video of the superstar, his fans are unable to stop themselves, and are fiercely showering their love on the father and son duo. The video is being liked a lot.

Superstar Aamir Khan is currently busy with his film Lal Singh Chaddha and actress Kareena Kapoor Khan is going to be seen with him in this film. The film has been a topic of discussion for a long time.

It is being said that the film is quite spectacular and can break many records of earning. Let us tell you that the superstar is waiting for a blockbuster.

Have you treated yourself and your family with some yet?