Aamir Khan said a big thing about The Kashmir Files, this appeal to the countrymen
Advertisement 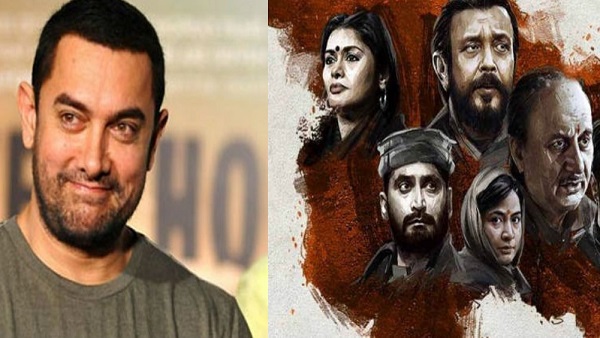 Many Bollywood celebrities have praised the film and praised the performance of the actors in the film. Now the name of Aamir Khan has also been added in this episode. Recently, while talking to the media, Aamir Khan said that every countryman must watch this film. Actually Aamir Khan and Alia Bhatt had gathered for the promotion of the film RRR to be released on March 20. During this, Aamir Khan was asked a question about The Kashmir Files film.

On the question of the media, Aamir Khan said that I will definitely see it, it is such a part of history that hurts heart, what has happened to Kashmiri Pandits is sad and such a film has been made on that topic. Every Indian must watch. Aamir said that the film has touched the sentiments of people who believe in humanity, which is very beautiful. I will definitely watch this film and I am very happy that this film is successful. At the same time, Alia Bhatt standing with Aamir Khan nodded her head while clapping in support of Aamir Khan.

The pain of Kashmiri Pandits was shown

Talking about the film Kashmir Files, this film is based on Kashmiri Pandits who were displaced from Kashmir in 1990. At that time, how Kashmiri Pandits were persecuted, due to which they had to leave their homes, it has been shown on the big screen. In the film, the sorrow, suffering, condolences of the people have been shown very beautifully, which exposes the democracy and politics and human sensibilities in the country.

On the other hand, if we talk about the earnings of the film, then this film is continuously doing well at the box office. Its earnings have crossed Rs 150 crore. , The film has earned Rs 24-25 crore on Saturday, the 9th day. Giving information about the film’s earnings, trade analyst Taran Adarsh ​​tweeted that the film earned Rs 26.20 crore on Sunday and with this the film has earned a total of Rs 167.45 crore till Sunday.

Sonam Kapoor is soon going to be a mother, shared a beautiful picture with husband Anand, good news

The film ‘Radhe Shyam’ earned 165 crores in 4 days, yet the pair of Prabhas and Pooja Hegde could not put ‘Aag’