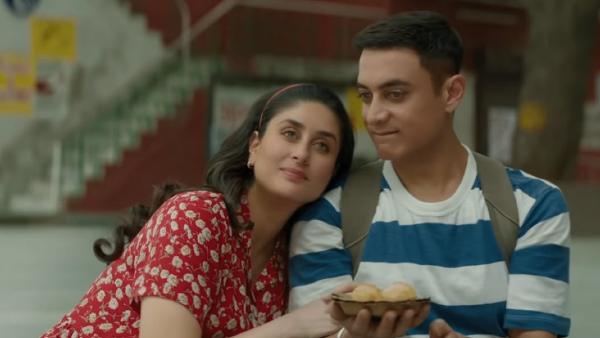 The trailer of the biggest and most awaited film of the year ‘Lal Singh Chaddha’ starring Aamir Khan and Kareena Kapoor Khan is now in front of the audience. Let us tell you that apart from Aamir and Kareena, Mona Singh and Chaitanya Akkineni are going to be seen in important roles in the film.

Touted as one of the biggest releases of the year, the trailer of ‘Lal Singh Chaddha’ has been launched on television today in the midst of the T20 finale match, which has thrilled cricket and film lovers across the globe. This is the first time that a film is garnering love amongst all with its trailer launch on the world television platform and the sports world at large.

The trailer of the film gives us a glimpse into the charming and innocent world of Laal Singh Chaddha. Her slow-witted approach and childlike optimism are the driving forces of the film, while her sweet bond with her mother and her love for childhood love is the USP of the film.

Moreover, the film, shot at several beautiful locations, showcases Indian heritage at its best. Also ‘Lal Singh Chaddha’ brings together the successful pairing of Aamir and Kareena Kapoor Khan after the blockbuster ‘3 Idiots’. In the film, Mona Singh is also seen in excellent form in the role of Aamir’s mother.