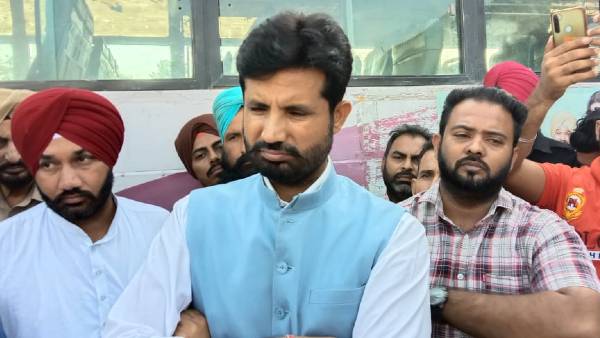 Punjab Congress President Amarinder Singh Raja Vading has attacked the Aam Aadmi Party by tweeting. He said that Delhi Chief Minister Arvind Kejriwal has started misusing the Punjab Police to create personal enmity with his political opponents like Alka Lamba and Kumar Vishwas. Punjab Chief Minister Bhagwant Mann is watching this helplessly. Raja Vading reacts to the FIR lodged by Ropar Police against Alka Lamba and Dr Vishwas. He said it shows abuse of power in an unconstitutional manner. Whereas Kejriwal does not have any legal or constitutional right to control the Punjab Police.

The State Congress President has also questioned the helpless silence of Chief Minister Bhagwant Mann, who is also in charge of the Home Department. He told Kejriwal that just because someone was against you during the elections, it does not mean that you put him behind bars to quell personal enmity and pacify your ego. He warned that by doing so he was creating a false narrative.

‘Kejriwal should focus on improving law and order in Punjab’

Raja Vading also warned the DGP of Punjab Police against working under an outside authority like the Chief Minister of Delhi. He said that ever since the Aam Aadmi Party took power in Punjab, law and order has reached a bad state. He told the DGP that he should focus on improving law and order in the state, instead of wasting his power on Kejriwal’s political opponents.

Sanjay Raut said on loudspeaker – National policy should be made on this, first of all it should be implemented in BJP ruled states