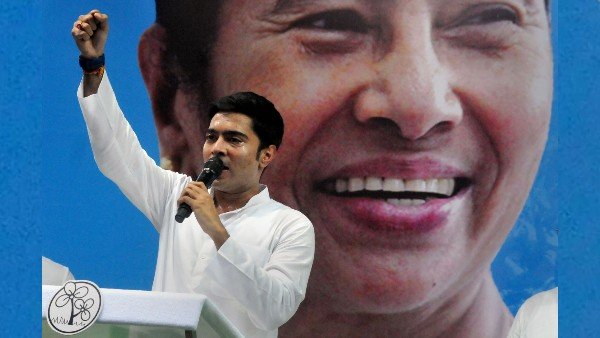 New Delhi, March 21Trinamool Congress general secretary Abhishek Banerjee has appeared before the Enforcement Directorate (ED) today. Banerjee reached the ED’s office in Delhi on Monday, where she was questioned. There is a money laundering case against Abhishek, nephew of West Bengal Chief Minister Mamata Banerjee, in which he has been summoned by the ED for questioning. ED has also issued summons to Abhishek Banerjee’s wife Rujira. Rujira is to appear at the ED office in Delhi on Tuesday, March 22.

Abhishek Banerjee has categorically denied the allegations against him and called it an action at the behest of the BJP. Leaving for Delhi from Kolkata, Banerjee said that I am ready to bow before the power of the people a hundred times but will not bow down before the people in power. All this is BJP’s attempt to weaken us but they will fail in this.

The ED has registered a money laundering case against Abhishek Banerjee on the basis of the 2020 CBI FIR. There are allegations against Abhishek of misappropriation of crores of rupees in the extraction of coal from the mines of Eastern Coalfields Limited at Asansol, Kunustoria and Kajora.

Why Shivaji Maharaj stayed in Agra for 99 days, know why Aurangzeb had taken prisoner