After 20 years.. these big stars were seen in a frame, the fans were delighted to see the photo
Advertisement 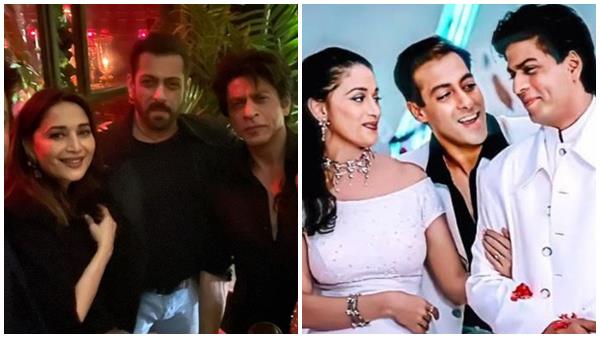 Mumbai, May 28: The stars had a lot of fun at filmmaker Karan Johar’s 50th birthday party. Many big stars of Bollywood were seen in this party. Karan Johar’s pictures from this birthday party are going viral on social media. Meanwhile, Dhak Dhak girl Madhuri Dixit shared a picture on her Instagram. Shahrukh Khan, Salman Khan and Madhuri appeared together in this picture. After seeing this picture of him, the old memories of the fans were refreshed.

Fans reaction on the photo
Let us tell you that these stars have not been seen together on screen for a long time. But seeing these stars together was possible at Karan Johar’s birthday party. Fans are quite excited to see these stars together in such a picture. Fans are constantly writing their feelings on this post. One user wrote that, ‘All legends in one frame’. While another wrote, Salman Khan is standing in the middle, ‘King is always king’. Similarly, many fans have commented on the post.