After 3 years, the closing ceremony will be held in IPL, Ranveer Singh and AR Rahman will be seen
Advertisement 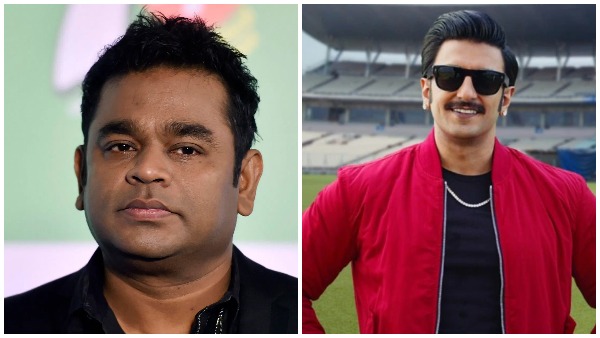 Regarding the closing ceremony, AR Rahman posted a video on social media and said, “The board will organize a ceremony to celebrate the Amrit Mahotsav of Independence to commemorate 75 years of India’s independence.” The event will also talk about the history of Indian cricket.

According to the broadcaster of the IPL, the closing ceremony will start from 6.25 pm while the final match will be played from 8 pm instead of 7:30.

Watch me live at the Closing Ceremony for Tata IPL Final 2022 at the magnificent arena, the Narendra Modi Stadium in Ahmedabad as well as live on Star Sports & Disney+Hotstar at 6.25 pm on 29th May. #TATAIPL #TATAIPLFINAL

BCCI handed over the responsibility to the agency

According to media reports, BCCI has entrusted the responsibility of closing ceremony to an agency and this entire program will last for about 45 minutes. During this the journey of Indian cricket will also be showcased and the trailer B of Aamir Khan’s film Laal Singh Chaddha will be launched. Let us tell you that this will be the first time that along with a cricket match, the trailer of a film will also be launched.

It is believed that Aamir Khan will also host the closing ceremony. Aamir’s film Lal Singh Chaddha will be released in cinemas on August 11. Apart from him, Kareena Kapoor Khan is also going to be seen in the lead role.

Big celebrities will be involved

The preparations for the BCCI are going on in full swing for the closing ceremony. Board President Sourav Ganguly, Secretary Jay Shah, IPL Chairman Brijesh Patel, apart from many former Team India captains can also attend this event. Along with this, the entire stadium will look full. That is, about 1,32000 fans can be seen in the Narendra Modi Stadium to watch the final.

Kohli is going on ‘backfoot’ in form due to his front foot, Manjrekar gave advice to improve habit