After IPL, India can set up three teams, Duplessis made a statement by playing 'Test cricket' in T20
Advertisement 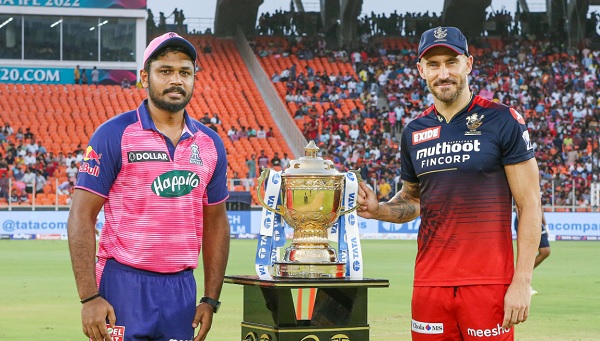 India can also choose its own three different teams

This match was played on 27 May at the Narendra Modi Cricket Stadium in Ahmedabad. After this match, the captain of RCB, the extravagant police has praised Indian cricket. He says that after the IPL, India can also choose its three different teams. It is the emerging power of young Indian players that Faf is talking about. IPL has given opportunities to many youngsters and many experienced players have also managed to make a mark with their performances.

Du Plessis also talked about the early times of RCB’s batting where he felt like Test cricket. During this, he himself played a slow innings of 25 runs in 27 balls. Du Plessis says, “The challenge with the new ball was very difficult as the ball was spinning a bit. But we hit the first six without loss of any wicket. It felt like there was some Test cricket going on in the first session. Lots of bounce too. Still, we thought 180 would be a tie.

proud of your team

“I still take pride in my team. It’s been a good season for RCB. It’s the first season for me when I see how special the crowd is for us. Indian cricket team includes Harshal Patel, Dinesh Karthik. The selection has been done and it all deserved it. Today we may not have done very well but I am proud of my team and it was a match against a very powerful Rajasthan Royals team.

Du Plessis continued, “Fans are a very good part of Indian culture. We have young talent in our team and of course with a 3-year plan you want to make the most of all of them. You start with them being raw. But he can become a superstar too. We have seen this with Rajat Patidar. He has a very good future for Indian cricket.”

The RCB captain further says that you can always choose three Indian teams.

He said, “Looking at the kind of talent that is coming, you can pick three Indian teams after IPL. Du Plessis also told that in the match between Delhi Capitals and Mumbai Indians, slogans of ‘RCB RCB’ will be raised. The players were also emotional after seeing all this. Du Plessis also says that the support that cricket players get in India is tremendous. Every franchise in IPL who supports their players is also amazing. Plessis thanked everyone for playing well and thanked everyone.

I did not forget that run of Warne and Tanveer in 2008, Samson is going to create a new history of RR on the blurred memory

RCB vs RR: Fans’ heart broken due to RCB’s defeat, pain spread on social media, have a look at the memes