After the flop of Jersey, Shahid Kapoor will return in Kabir Singh avatar, the film's sequel is final
Advertisement 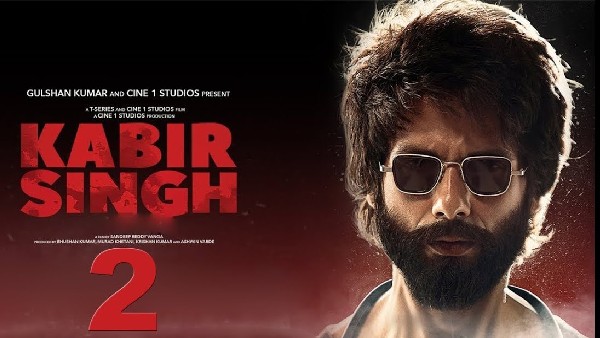 Criticisms received in spite of success

second biggest movie of the year

Significantly, Kabir Singh was the highest grossing Bollywood film of 2019. At the same time, it was the highest grossing Hindi film after War and Avengers Endgame. The film surprised everyone by earning 287 crores at the box office. There was also a lot of controversy related to the film in this. But the audience liked this film a lot. The film was a remake of the Telugu film Arjun Reddy.

Many big films of rejected

After the success of Kabir Singh, Shahid Kapoor got many big offers but he is signing his project very thoughtfully. This is the reason why he rejected offers of many big films. Shahid Kapoor was offered the lead role of Karna in a big budget period film on Mahabharata. But Shahid rejected this role after much deliberation. Earlier, Shahid’s period film Padmavat, in which Shahid was not appreciated much for his character. On the other hand, Shahid Kapoor quit after signing an action film titled Yoddha for Karan Johar’s Dharma Productions. Sidharth Malhotra replaced Shahid Kapoor in this film.

Shahid Kapoor made his 100 crore club debut in 2018 with Padmaavat. But 2019 year Kabir Singh became his first solo superhit film. Kabir Singh is the first blockbuster of Shahid Kapoor’s career. And the only blockbuster. However, before this, he has had box office successful films like Vivah and Jab We Met.

Amid good film projects, Shahid Kapoor is gearing up for his digital debut. He has started work on a thriller web series by Raj & DK whose shooting has started. South superstar Vijay Sethupathi will also be seen in this series along with Shahid Kapoor. Apart from this, Shahid Kapoor also has offers for a thriller film by Sujoy Ghosh, an action film by Ali Abbas Zafar and a suspense thriller by Rajkumar Gupta.