After the success of 'The Kashmir Files', Vivek Agnihotri and Pallavi Joshi to start 'Humanity Tour'
Advertisement 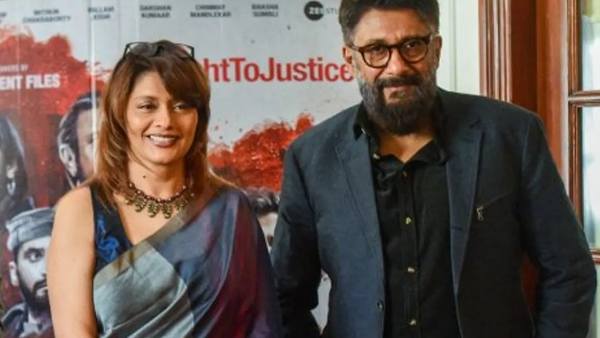 After the stupendous success of ‘The Kashmir Files‘ which grossed Rs 350 crore worldwide, director Vivek Ranjan Agnihotri and producer-actor Pallavi Joshi are all set to embark on a ‘Humanity Tour’. The overwhelming response to the all-time blockbuster has inspired both the actors to start this trend.

While Vivek and Pallavi traveled to the US last year to screen “The Kashmir Files” at a special screening ahead of its release, the director-actor duo has now traveled to several places abroad for a month and a half. We have decided to spread the culture of India.

Scheduled from 28 May to 26 June 2022, the ‘Humanity Tour’ will be held in the United Kingdom, Germany and the Netherlands at Nehru Center London, Fitzwilliam College Cambridge University, Oxford University, University of Leicester, Birmingham Community, UK Parliament, Babylon Theater Berlin, Community Meet Berlin, The Salzaklider will travel to different key locations such as Frankfurt and the Global Human Rights Defense – The Hague among other famous places.

The makers of the film have decided to call it ‘Manavta Yatra’, as their agenda is to spread love and awareness about India’s rich culture and highlight 5000 years of feelings and peace messages. The ‘Humanity Tour’ will have some impressive screenings through inspiring speeches from everyone across the globe.

Talking about it, filmmaker Vivek Agnihotri says, “We did a very successful ‘Right to Justice’ tour in the US for a month and that’s when there was demand from Europe. So we did the British Parliament, the Scottish Parliament, Decided to travel this humanity by visiting some of the prestigious places like human rights organization and world’s top universities like Oxford, Cambridge and Imperial. We also visited humanitarian organizations like Jews and Holocaust in Germany. We thought this for the world. It is very important to know that if any solution to terrorism and hate is possible, it is possible only through original conviction, principles and values. That’s why Pallavi and I are on this Europe tour to spread the message of humanity..”

Throwing light on the ‘Humanitarian Tour’, Pallavi Joshi says, “When I decided to produce The Kashmir Files, the reason for humanism was in my mind. We have managed to bring out not only the truth but also humanity. We have also given a very strong message of peace and zero tolerance towards terrorism. I am extremely proud that this message has reached far and wide and therefore institutions, and popular universities have invited us for lecture series across the world. It supports peace and humanity for the whole world.”

Johnny Depp’s Net Worth: Actor Spends $1.8 Million A Year On Bodyguards, Owns 14 Properties Across The World