After the terrorist attack in Mohali, Mann government on the target of opposition, Punjab Congress gave this advice
Advertisement 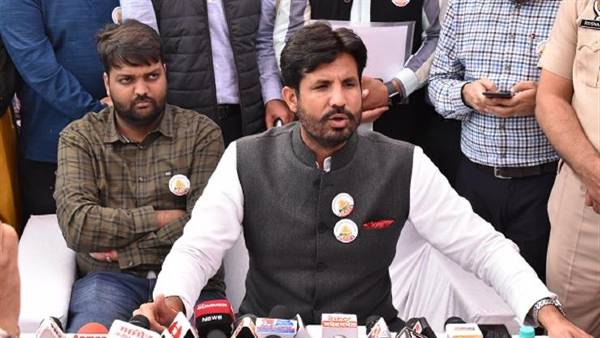 Punjab Congress President Amarinder Singh Raja Vading said that the Aam Aadmi Party government was not experienced and its priorities were moving in the wrong direction. This is the reason why terrorists raising their heads in Punjab are trying to spoil the atmosphere of the state. He said that the major terror attack in Mohali is an attempt to misuse the present government’s unexperienced status. State Congress President Raja Vading condemned the terrorist attack on the Intelligence Head Quarter of Punjab Police in Mohali on Monday evening. He said that this is a direct attack on the peace and unity of Punjab by the enemies. Together we will be defeated.

‘Government’s responsibility to punish the guilty’

Raja Vading said that it is the responsibility of the government to stop such attacks and to identify the culprits and bring them to justice. Along with this, he also assured full cooperation from his party in dealing with the situation. He revealed that the enemies sitting across the border are regularly trying to push arms and drugs into Punjab. While some of these things are confiscated by the police and security agencies. But even in these conditions, there is a possibility that some amount of it is reaching the same state by escaping from the eyes, which is a matter of serious concern for the peace of Punjab.

Punjab Congress President Amarinder Singh Raja Vading said that we have full faith in the ability of Punjab Police to meet any challenge. Punjab Police has proved itself in the past. We hope that those in power will shift their priorities in the right direction and use the capabilities of the police for the right purpose. The State Congress President assured full cooperation to the government to face any security related challenge. He said that when the issue of security of the country, Punjab and its people comes, the Congress party takes a step forward to protect it. He said that national interest is paramount for us.

Salman reached the stage after taking off his shoes to pay tribute to Balasaheb Thackeray, fans liked the video