Ajay Devgan will release the second trailer of Eid release 'Runway 34', will have a blast with 'KGF-Chapter 2'!
Advertisement 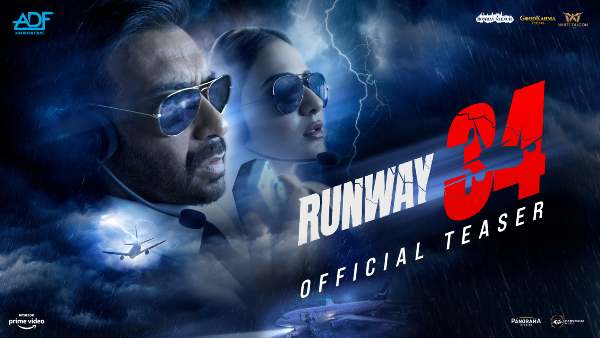 The much-awaited film KGF 2 is going to release worldwide on 14 April. There is a tremendous craze among the fans about the film, which now Ajay Devgan also wants to take advantage of his film ‘Runway 34’. Ajay Devgan’s film Runway 34 is going to release on the occasion of Eid. If the latest rumours are to be believed, Ajay Devgn is also going to launch the second trailer of the film, which will be paired with KGF 2.

Let us tell you, Ajay Devgan is not only acting in the film, but he is also the director and producer of the film. In March, the first trailer of Runway 34 was released, which was paired with RRR. Ajay Devgn wanted to make sure that the release date of Runway 34 could leave a mark in the minds of the audience. And now he is planning to bring the second trailer of the film with KGF.

As per reports, “The second trailer of Runway 34 will be launched with fanfare in Delhi on April 11. Just three days after its release, the same trailer will be screened in cinema halls along with KGF 2. Runway 24 with KGF 2 will be released worldwide. Ready to reach a large audience, Ajay Devgn has directly tied up with National Chains to showcase the trailer of Runway 34.

It is being told that while the first trailer established the characters, the second trailer will take the viewers to the intriguing world of Runway 34. Amitabh Bachchan, Rakul Preet Singh and Boman Irani are in important roles along with Ajay Devgan in the film.

The story of ‘Runway 34’ revolves around pilot Vikrant Khanna, played by Ajay Devgn. Vikrant’s flight takes a mysterious route after take-off from an international destination. It is an emotional and high octane thriller film.

Ajay Devgan storms the box office with a mega budget of 400 crores, big detail for the fans