Akshay Kumar apologizes to fans in midnight for advertising tobacco company, separates himself from Ed
Advertisement 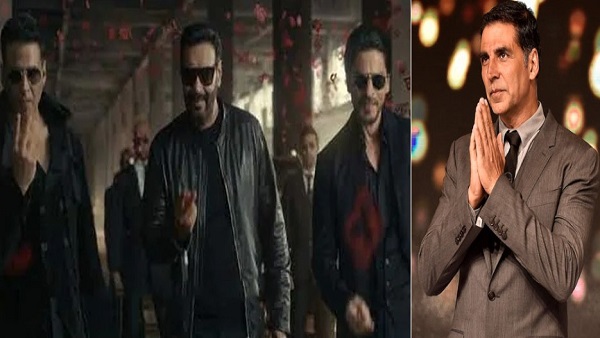 apologized to the fans

Akshay Kumar informed about this by sharing a tweet late night, Akshay has shared his statement in the tweet, in which he wrote, I want to apologize to all of you, to all my fans and fans. I am very impressed with the response you guys have given in the last few days. I have never promoted tobacco and never will. I appreciate your sentiments, the way you reacted to my Vimal Elaichi ad.

Will use advertising money elsewhere

Akshay Kumar said that I am withdrawing myself from this advertisement with all humility, I have decided that I will use the entire money earned from the advertisement for a better cause. Brands can use my ad further if they want as long as they have a legal agreement with me, but I promise you guys that going forward I will be very careful while choosing my ads. In return, I always want love and best wishes from you guys.

Let us tell you that in the advertisement of Vimal which came out recently, it can be seen that Akshay Kumar is seen with Shahrukh Khan and Ajay Devgan. All these people do Vimal salaam while advertising this pan masala. After which the fans of Akshay Kumar shared his old video and started trolling him. People shared the video and said that how can you forget your old claim in which you had said that you will never promote tobacco company, people reminded Akshay of his old statement.

what was the old video

Actually, after this advertisement, in the old video of Akshay Kumar shared by people, Akshay says that many times advertisements of big tobacco brands come to me, they are ready to give me any amount for this, But I have decided that I will never advertise any tobacco brand. People were trolling him by sharing this statement of Akshay. Along with this, people were also sharing the advertisement of Akshay’s sanitary pad, in which he says that you have money to do fu-fu but not for a sanitary pad of 10 rupees.

Munawwar Farooqui’s luck shines in Kangana’s Lock Up, got a big offer