Akshay Kumar - Emraan Hashmi wraps up the first schedule of next film Selfie, see pictures from the sets
Advertisement 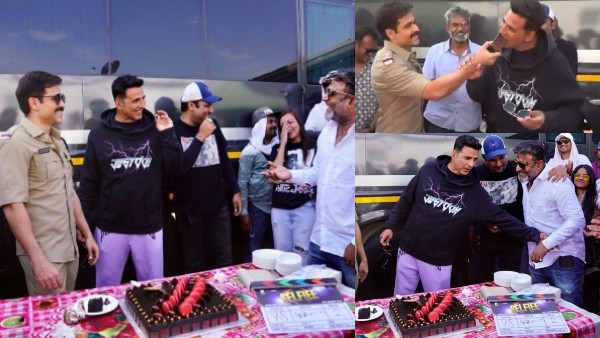 The announcement was made in a bang

Emraan Hashmi is currently busy with the work of Salman Khan’s film Tiger 3. It is believed that a budget of more than 10 crores is being spent on only entry scene of Emraan Hashmi in the film. Emraan Hashmi will be seen playing the role of Tiger of Pakistan in the film. However, the official announcement of the film has not been made yet.

preparing for another remake

The film Driving License will not be the only Malayalam remake for Emraan Hashmi. Earlier, he had started work on the remake of Malayalam horror film Ezra. But where has the work of this film reached between the Corona period and whether this film is still being made or not, it has not been confirmed by the team of the film yet.

Talking about Akshay Kumar, with the release of Sooryavanshi on Diwali, Akshay Kumar was preparing to become a hit machine at the box office. However, his Holi was faded by Anupam Kher’s Vivek Agnihotri film The Kashmir Files. But Akshay has a timeline of great films. With Yash Raj Films’ Prithviraj in June, Raksha Bandhan on Independence Day weekend and Ram Setu on Diwali 2022, Akshay Kumar will end the box office drought with interest.

At the same time, a long list of films in the name of Akshay Kumar is also ready. In these, if we talk about remake films, then Akshay Kumar has been offered the remake of Suriya starrer Soorai Potri and Akshay is also showing great interest in doing this film. Anyway, Akshay Kumar’s patriotic avatar is a hit on screen, so his patriotism earns crores at the box office. In such a situation, Suriya has also offered Akshay Kumar for the Soorai Potri remake.

Dharma Productions also has a line-up of films at the moment. At present, if we talk about Dharma’s old projects, then they include films like Dostana 2, Takht. Meanwhile, amid Corona, Dharma Productions started work on Jug Jug Jio and Govinda Naam Mera. After Corona, Rocky and Rani’s love story, Rajkumar Rao and Janhvi Kapoor starrer Sharan Sharma’s cricket film Mrs and Mr Mahi and Sidharth Malhotra’s aerial action film are included.