Akshay Kumar's Prithviraj accepted the demand of Karni Sena before its release, it will be released on June 3 with a new name
Advertisement 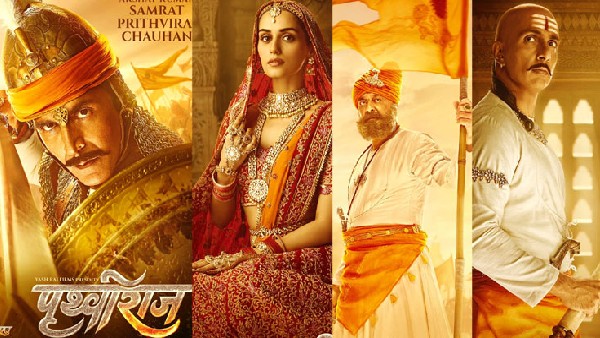 Akshay Kumar’s film Laxmi was released on Hotstar. Earlier the film was titled Laxmi Bomb but Hindu religious stalwarts opposed it and said that Lakshmi is a goddess and the use of the word bomb with her is derogatory. At the same time, people also opposed the Muslim name of Akshay Kumar’s character Asif in this film.

For this Deepika Padukone film of Sanjay Leela Bhansali, the limits of opposition were crossed. Firstly, Karni Sena had problems with the name of the film. Hence Padmavati was changed to Padmavat. After this, people had objections from Deepika’s clothes to her and Ranveer Singh’s scenes in the film. Padmaavat was released with heavy security and due to protests in many cities, the film did not release.

This project of Salman Khan Films, made on 9 days of Navratri, was earlier named as Loveratri. But as soon as the poster of the film came out, people strongly opposed this debut film of Aayush Sharma. Later the name of the film was changed to Loveyatri but the audience neither liked the name nor this film.

As soon as this Sanjay Leela Bhansali film of Ranveer Singh and Deepika Padukone was announced with the poster, people protested against it. The pictures of Ranveer and Deepika on the poster with words like ‘Ram Leela’ were said to be objectionable. After this, the name of the film was changed from Ramleela to Goliyon Ki Raas Leela Ram-Leela to quell all the protests.

The story of Karthik Aryan’s film Satyanarayan, which was announced last year, also got embroiled in controversies along with the announcement. But Sajid Nadiadwala did not want any negative publicity regarding the film and hence the team of the film immediately announced to change the title. The new title of the film has not been announced yet.

Now the name of Prithviraj has also been changed to Emperor Prithviraj. The film will release in theaters on June 3. The film is directed by Chandraprakash Dwivedi. Sonu Sood, Sanjay Dutt and Manushi Chillar will be seen with Akshay Kumar in the film.