Alia and Ranbir are getting married in the month of April itself! Tremendous preparation is going on in both the houses
Advertisement 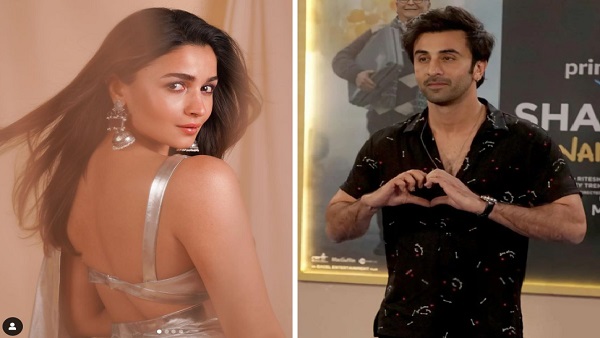 Alia-Ranbir’s wedding function may be secret

According to the report, tremendous preparations are going on in the families of both of them and it is known from sources that Alia and Ranbir will get married in Mumbai itself. However, the date of marriage is not yet known. Looking at the way privacy is being maintained regarding this marriage, it seems that the function of Alia and Ranbir’s wedding can remain confidential.

Let us tell you that the discussion of Alia and Ranbir’s marriage is going on very fast in the industry for the last few months. Both are dating each other for a long time. In such a situation, there are constant reports that Ranbir-Alia will soon tie the knot. Recently, Ranbir’s mother Neetu Kapoor was also seen in Manish Malhotra’s showroom. Neetu Kapoor was also questioned by the media, but she was seen avoiding answering.

Alia and Ranbir on the workfront

According to the information, Alia and Ranbir can be married at RK House located in Chembur, Mumbai. Although there were earlier reports that Ranbir and Alia will go to Udaipur in Rajasthan to do a destination wedding, but their family has said that the wedding ceremony should be held in Mumbai itself. Talking about the film career of both, Alia Bhatt has recently been seen in RRR with Jr NTR and Ram Charan. At the same time, Alia’s film Brahmastra with Ranbir Kapoor will come very soon.

‘I am feeling very bad’, Yuzvendra Chahal is not happy on the match won by Rajasthan, know why