All Indian youth went ahead, except one, got so many chances in IPL but could not do anything
Advertisement 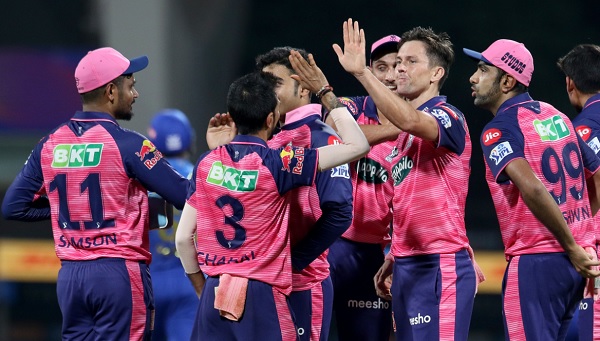 The result is the same dhak ke three paat

Ryan was given the difficult role of a finisher in his youth and was also backed for this, he was seen playing match after match, but the result turned out to be the same three paat of Dhak. Rajasthan Royals would be under-appreciated for reposing faith in Riyan Parag but the young batsman has not delivered that return to his franchise. Former India cricketer Madanlal has also criticized Riyan Parag. Even in the recently concluded IPL 2022, he could not do anything special.

only run in one match

He walked in only one match where he got the man of the match, apart from that Parag did not appear in any other match playing on his own. Riyan made his IPL debut in 2019 and since then has failed to even cross 200 runs in a season of IPL. Although the young man has a wonderful attitude and this player also grabs attention for his playful gestures but as soon as he comes to betting, he seems to be struggling.

In the current season of IPL, he played the entire 17 matches, scoring only 183 runs with his bat at a poor average of 16.64. It is also a surprise in itself that the continuous poor performance of this 20-year-old batsman has also failed to convince the Rajasthan Royals, that is why this player keeps playing every match every season. Madanlal is the winning player of India‘s 1983 World Cup team and today he is a cricket analyst. He says that the young batsman has not shown any signs of progress this season despite getting frequent opportunities.

He is not that big a player – Madan Lal

Lal said on Sports Tak, “Ryan Parag has played all the matches but not a single performance. He is not that big a player who can change the game. All the IPL players he has taken so far, and all the players. They have taken part, they all have shown improvement and made strides. But this player (Parag) has not shown any progress considering the number of chances he has got.”

The 71-year-old Madan also said, ‘The place he plays is very important in T20 cricket. Because that’s where you can accelerate and score runs. Now if you are not able to score runs from there, then your problems will increase.

Meanwhile, after the final, RR head coach Kumar Sangakkara said that Riyan Parag has a lot of potential but will have to work on his batting till the next season. Sangakkara hints that they are ready to feed Riyan Parag on the upper order as well. Sangakkara has a firm belief that Parag has a great ability to play both spin and pace.