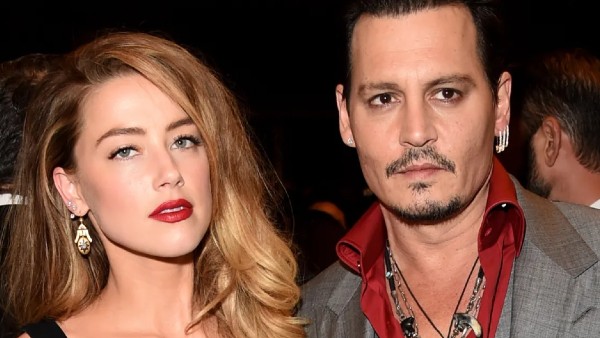 Former celebrity couple Johnny Depp and Amber Heard are currently embroiled in a legal tussle whose trial is taking place in Fairfax, Virginia. The hearing recently took a dramatic turn when Amber’s friend, British music journalist Eve Barlow was kicked out of the court.

As per a report by Page Six, Eve Barlow seated in the front row of the courtroom, was seen texting and live-tweeting the court proceedings, following which the judge reprimanded her. She even tried to intervene in the trial over Depp’s witness Gina Deuters.

According to the court’s transcripts, Judge Azcarate said, “She was tweeting live from my courtroom… and I know the deputies took her out because she was texting. That’s against the court order. Ms. Barlow is not coming back into the courtroom during this trial.”

A source told the portal that Eve allegedly pretended to be a part of Amber’s legal team and even tried to intervene in Gina’s testimony. In order to prove that Gina was a ‘compromised’ witness, she pointed out a social media post shared by Gina, claiming that it was posted recently. However, in reality, the post was shared in 2021, even prior to the couple’s trial against the tabloid.

Gina admitted that she had watched the clips of the trial online before giving testimony which led to her dismissal from the courtroom. Her testimony was also struck from the record.

Johnny Depp had filed a defamation case against his ex-wife Amber Heard over an op-ed in 2018, in which she had claimed that she was a victim of domestic violence. He had claimed that Amber fabricated abuse in an attempt to get a huge divorce settlement from him.

Meanwhile, Amber is currently on a social media break. A few days before the trial, she had penned an Instagram post in which she had written, “I’m going to go offline for the next several weeks. As you may know, I’ll be in Virginia, where I face my ex -husband Johnny Depp in court. Johnny is suing me for an op-ed I wrote in the Washington Post, in which I recounted my experience of violence and domestic abuse. I never named him, rather I wrote about the price of women pay for speaking out against men in power. I continue to pay the price, but hopefully, when this case concludes, I can move on and so can Johnny. I have always maintained a love for Johnny and it brings me great pain to have to live out the details of our past life together in front of the world.”