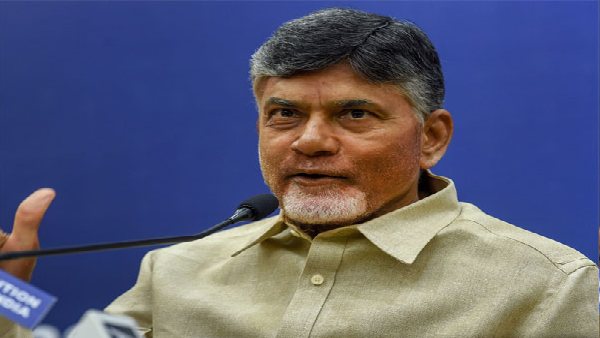 Vijayawada, March 5. Jaganmohan Reddy government has created 13 new districts in Andhra Pradesh. All these districts have come into existence in the state. After the formation of 13 new districts in the state, now the total number of districts has increased to 26. At the same time, the leader of the opposition and Telugu Desam Party (TDP) chief N Chandrababu Naidu has raised serious questions on this decision of the YS Reddy government. He has alleged that Andhra Pradesh is slipping towards the economic devastation like Sri Lanka due to the policies of the state government.

TDP supremo Chandrababu Naidu has expressed concern over the creation of 13 new districts simultaneously in Andhra Pradesh. He has said that the heads of various departments had told the PM that Andhra Pradesh is facing a very serious economic crisis due to the policies of the state government. He said that this is a matter of serious concern and should be taken very seriously. The TDP chief said this while addressing the party’s strategy committee meeting. The same opinion was expressed during a meeting of top officials of the central government and Prime Minister Narendra Modi, he said.

The process for the formation of 13 new districts of Andhra Pradesh had already been completed. In a notification issued last Saturday night, it was said that all the new districts would come into existence from April 4. After which Chief Minister YS Jagan Mohan Reddy on Monday inaugurated 13 new districts of the state through video conferencing at Tadepalli in Guntur district.

Now Telugu Desam Party chief N Chandrababu Naidu has termed the creation of new districts in Andhra Pradesh as unscientific and politically motivated. Naidu said the TDP would definitely return to power in the next elections. In the rule of TDP, all the mistakes that are being done during the tenure of the present government (YSRC government) will be rectified. The TDP chief said that only a select few of the CM were given key posts. The farmers, businessmen and others of the Reddy community were completely disappointed with the Jagan rule. He expressed regret over supporting Jagan in the last election. At the same time, questions were raised on Naidu on the power cut in Andhra Pradesh and said that three years ago there was no power shortage in the state, so how did the power cut come about today?

Chandrababu Naidu alleged that Chief Minister YS Jagan Mohan Reddy was burdening people only for his personal wealth creation. Making serious allegations against Chief Minister YS Jagan Mohan Reddy, the TDP chief said that now people should realize how the present CM was carrying out the loot of sand and liquor earlier. Naidu also called the inflation in Andhra Pradesh a failure of the Reddy Government (YSRC). He said the ruling YSRC government was exploiting all the natural resources in Andhra Pradesh.

When Shah and Chidambaram clashed face to face in Parliament, see how was the style of both