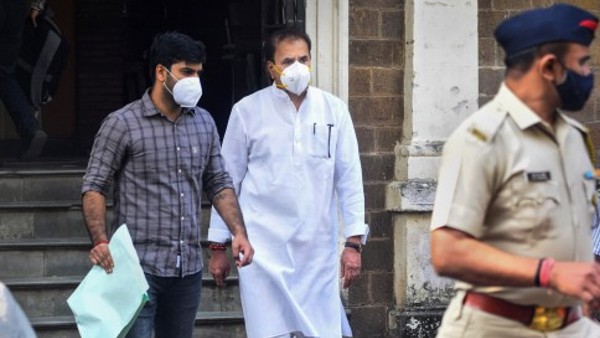 Mumbai, April 04: Former Maharashtra Home Minister Anil Dekhmukh was brought to Arthur Road Jail by a Central Bureau of Investigation (CBI) team in connection with a money laundering case. He was admitted to the hospital only a few hours later. Former minister Deshmukh was admitted to the Orthopedic Department of the Government JJ ​​Hospital in Mumbai.

According to jail sources, Deshmukh had suffered a shoulder fracture due to the fall. JJ Hospital Dean Dr Pallavi Saple said that former Maharashtra Home Minister Anil Deshmukh is admitted in the Orthopedic Department of the Government Hospital and doctors are examining him. According to reports, Deshmukh will undergo shoulder surgery.

Let us tell you that former Home Minister Deshmukh was arrested by the ED in November last year in the illegal recovery and money laundering case, since then he is in jail. On April 1, he was arrested by the CBI for questioning in a case of illegal recovery of Rs 100 crore. On the other hand, the judicial custody of the arrested Maharashtra minister Nawab Malik in the money laundering case related to Dawood Ibrahim has been extended till April 18.

‘Benefit of dowry, even ugly girls get married’, uproar over the syllabus of nursing students