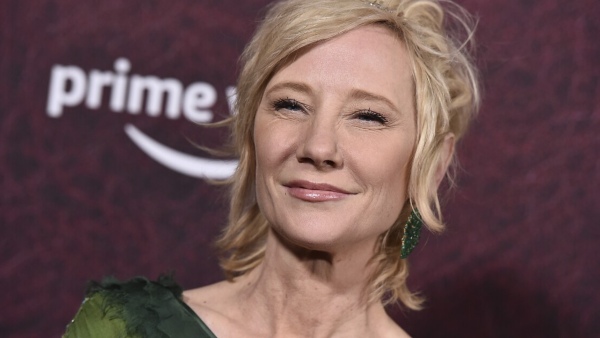 Anne Heche, the American actress is admitted to the hospital in the Intensive Care Unit after meeting with an accident on Friday (July 5, 2022). The car Anne Heche was driving crashed into a residence in Los Angeles, and caught fire. The actress has reportedly suffered severe burns and injuries in the car crash and her recovery might take a long time.

According to the reports published by CNN, Anne Heche’s family and friends are still trying to process what led to her car crash. The sources close to the actress’s family suggest that she is lucky to be alive, as she has suffered severe burns and has a long recovery ahead.

The CNN reports also suggest that it took the firefighters over an hour to access, confine and fully extinguish the stubborn flames within the heavily damaged structure of Anne Heche’s car. The actress was immediately hastened to a hospital by the Los Angeles Fire Department paramedics in critical condition. There we no other injuries reported.

Alec Baldwin, the renowned actor took to his official Instagram handle and shared a video, wishing Anne Heche a speedy recovery. ,Hey, I just want to send out my best wishes and all my love to Anne Heche,” said Baldwin who was the co-star of Heche in the 1996 film

,Anne is an old pal of mine. There’s not a lot of women I’ve worked with that are brave in the way that Anne is brave, I love you Anne. I love you and I think you are such a talented person. I hope everything is ok. I hope you come through this. My heart goes out to you. I’m sorry you had this tragic thing happen to you and I’m sending you all my love” said Alec Baldwin.

Peter Facinelli, who was Anne Heche’s co-star in 13 Minutes, shared her picture on his Instagram story and wrote: “Praying for you and your beautiful family,

Anne Heche’s ex-boyfriend James Tupor shared a picture of the actress with their son Atlas on his Instagram handle and wrote: “Thoughts and prayers for this lovely woman, actress and mother tonight Anne Heche. We love you,

,Anne Heche is in the hospital severely burned from a car accident this is really tragic. Pray for her,” wrote actress Rosanna Arquette on her Twitter page.

Will Salman Khan be a part of Tridev remake? The director made a big disclosure!