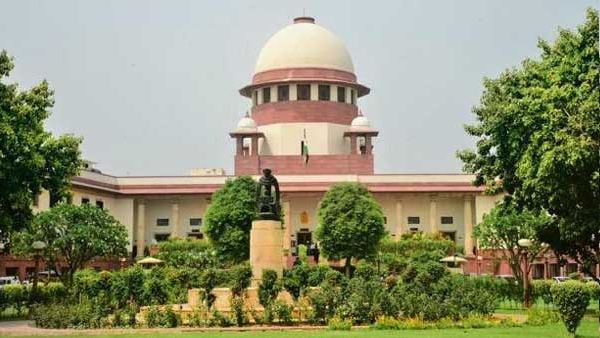 New Delhi, May 28: Another petition has been filed in the Supreme Court on Saturday against the Places of Worship (Special Provisions) Act 1991. This petition has been filed by narrator Devkinandan Thakur. Including this petition, a total of seven petitions have been filed in the Supreme Court so far. The petition filed has challenged the constitutional validity of certain sections of the Place of Worship Act. It has been said in the petition that, this Act violates the provisions of the law and equality of discrimination on the basis of religion, race, caste, sex or place of birth.

The petition filed by Devkinandan Thakur has challenged the validity of sections 2, 3, 4 of the 1991 Act. It claimed that it takes away the right of the Hindus, Jains, Buddhists and Sikhs to have judicial channels to take back their places of worship. The petition, through advocate Ashutosh Dubey, said that Hindus, Jains, Buddhists and Sikhs have been harmed by the law. He also said that these three articles violate Articles 5, 26, 29 of the Constitution of India and the principles of secularism and rule of law, which are an integral part of the Preamble and basic structure of the Constitution.

For information, let us tell you that Section 2, 3, 4 of the Act of Law has taken away the right to go to court. While Section 3 of the Act deals with the prohibition on conversion of places of worship, Section 4 deals with the religious character of certain places of worship and declaration as to the jurisdiction of the courts. The plea alleged that the Center has violated its legislative power by barring the remedy of judicial review which is a basic feature of the Constitution.

The petition has alleged that the Act is “void and unconstitutional” for several reasons and it violates the rights of Hindus, Jains, Buddhists and Sikhs to manage, maintain and administer places of worship and shrines. Varanasi resident Rudra Vikram and religious leader Swami Jitendranand Saraswati have already filed petitions in the apex court against the act.

The Places of Worship (Special Provisions) Act 1991 is an Act which prohibits the conversion of a place of worship from one faith to another and the maintenance of any monument on religious grounds, of any religion which came into existence till 15 August 1947. This central law was passed on September 18, 1991. The Ram temple dispute was kept out of it. Because at that time the matter was in court.

Kerala: Father of boy who raised controversial slogans in PFI rally arrested, was absconding for many days