Another teacher suspended in Kalaburagi, Karnataka, a student was appearing in school wearing a hijab
Advertisement 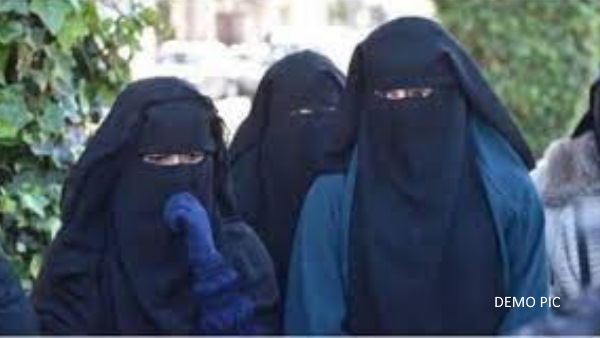 Bengaluru, March 31. The Karnataka High Court has banned the wearing of hijab inside educational institutions, but despite the court’s order, in many schools and colleges of the state, girl students are going to appear in the examination wearing hijab. In such a situation, action is now being taken against the teachers of educational institutions. A teacher has been suspended for allowing a girl student wearing a hijab in Kalaburagi district on Thursday. Also, the administration has ordered an inquiry.

7 such teachers were suspended on Wednesday

Let us inform that this is the second incident of suspension of teachers within the state within the last two days. Earlier on Wednesday, seven teachers in Gadag district were also suspended for the same reason. All of them allowed girl students to wear hijab and take the exam.

Hijab was banned by the High Court on March 15

Let us tell you that the Hijab controversy started in Karnataka in January this year and gradually this controversy spread all over the country. Even in the UP elections this controversy was entered. Apart from Karnataka, in other states, girl students had demonstrated against the hijab.