Another veteran player tied the knot before IPL 2022, a beautiful picture surfaced
Advertisement 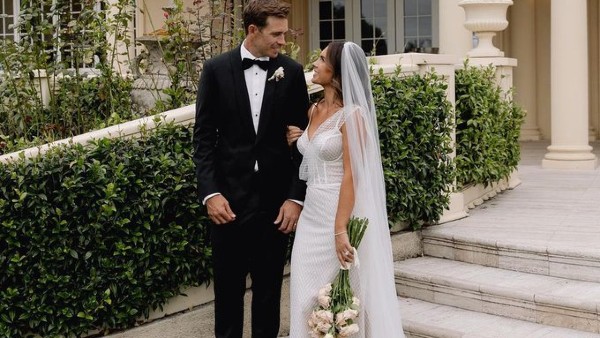 new Delhi.
With less than a week left for the start of the 15th season of the world’s most famous T20 cricket league IPL, legends from across the world are seen joining their respective franchises. The season is to begin with the match played between the team of Chennai Super Kings and Kolkata Knight Riders on 26 March. Fans are looking very excited about this, so due to the participation of 10 teams this season, this competition is going to be more exciting than before.

Meanwhile, beautiful pictures of sports legends getting married are coming out. On Friday, Australian all-rounder Glenn Maxwell, who played for RCB, married his girlfriend Vini Raman, whose beautiful pictures are being liked by the fans. Fans could not get out of these pictures yet that New Zealand fast bowler Tim Southee has also shared pictures of the wedding on Sunday.

Tim Southee will be seen playing for Kolkata Knight Riders in this year’s IPL but he is finding it difficult to be seen in the opening matches after the wedding pictures surfaced on Sunday. Announcing the news of his marriage, Tim Southee has shared a picture with his girlfriend Brya.

Tim Southee and his girlfriend were dating each other for a long time and both got engaged in the year 2019. Sharing the wedding picture on Instagram, Saudi wrote Forever. His franchise Kolkata Knight Riders also reacted to this post shared by Tim Southee and wrote congratulating that see you soon.

Read more: Hardik Pandya broke his silence on his return to the Indian team, said – IPL does not make a comeback

ENG vs WI: Craig Brathwaite made it difficult for England, included in Brian Lara’s special list

I will go crazy if I meet Shahrukh, the captain of KKR is eagerly waiting