Anupam Kher's mother Dulari shared the grief of being a Kashmiri Pandit in the video: Brother left home overnight and died
Advertisement 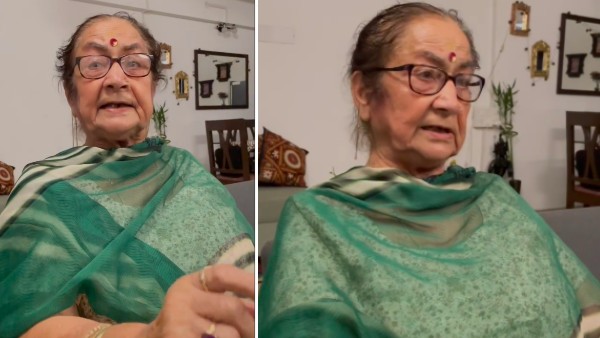 Why The Kashmir Files Succeeded

When Anupam Kher asked his mother why people were watching The Kashmir Files so much, she wasted no time and said that true films are watched by all. While praying to the director of the film Vivek Agnihotri, he said that the one who made it got crores. At the same time, he told that people are watching the film only because no one has forgotten whatever happened to them.

Recalling the death of his brother, he told that he had built a house there in the same year and was very happy. Used to tell me that now you too come and stay here and get a house built nearby. But one evening a letter was found lying on his door, on which it was written that today is your turn. He left his house overnight without taking the papers. Dulari ji further told that his brother did not even have any land or house in cities like Delhi Mumbai that he would go and live. They had to live in tents. Later, he died in shock while facing the same misery.

When Anupam Kher told Dulari ji that Farooq Abdullah of Kashmir says that nothing like this had happened there, Dulari ji’s anger is clearly visible. She says – how did it not happen? Absolutely happened and those who have done this to us, they will also get justice if someone is going to do justice.

wish to live in kashmir

Dulari ji still expressed his desire to stay in Kashmir in a part of the video and said that yes if we get a room there, we will stay. We should get a house there.

To lighten the conversation, Anupam Kher asked how his mother liked the character of Anupam Kher. So his mother jokingly says, ‘The film was good, you didn’t like me. But later she asks someone to take off Anupam Kher’s eyes. Anupam Kher says that his mother is not praising him because she believes that it gives an eye.

was not ready to calm down

During the five-minute video, Dulari ji’s anger was evident several times and she was seen speaking in her mother tongue. His words may not be understood in these parts, but his sorrow and his feelings are clearly visible.

SS Rajamouli’s ‘RRR’ becomes the first film to promote by visiting the Statue of Unity!

Tsunami of ‘The Kashmir Files’ at the box office – Top 10 highest grossing Hindi films to outdo!