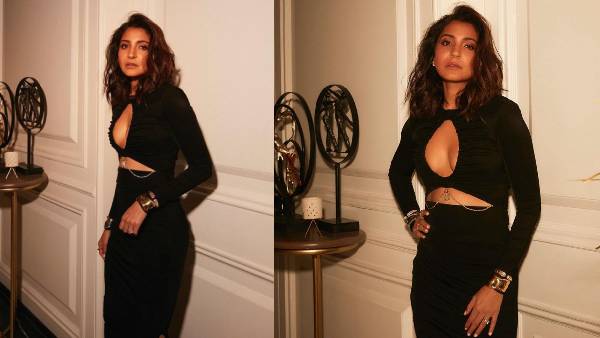 Mumbai, May 30: Bollywood actress Anushka Sharma is in the news these days for her upcoming film ‘Chakdah Express’. Recently, Anushka Sharma was seen at filmmaker Karan Johar’s 50th birthday party. She was looking very beautiful in a bold black dress. He was being praised a lot on social media. At present, she remains the subject of discussion among the people regarding her upcoming film ‘Chakdah Express’. Not only this, there is news that Anushka has also started shooting for the film Chakdah Express. In this film, Anushka will be seen playing the role of Indian fast bowler Jhulan Goswami.

Anushka has become a female cricketer
Let us tell you that Anushka Sharma is making a comeback in films after a long time through this film. She was last seen in the film ‘Zero’ released in the year 2018. Although she was producing many films and series under her production house. This will be her first film after being allowed to be the mother of a lovely daughter. At the same time, fans are also eagerly waiting for Anushka’s return and her film. The film is based on a female cricketer who can prove to be a great gift for cricket lovers. According to media reports, Anushka will be in London for 30 days for the shooting of this film.

This character is full of challenges
According to the information, the challenging and inspirational journey of Jhulan Goswami has been depicted well in the film. Not only this, when Anushka had announced the film, she also shared a note which read – This film is very special for me as it tells a story of sacrifice. Chakdah Express is based on Jhulan Goswami, former captain of the Indian women’s cricket team. When Jhulan Goswami had decided that she would become a cricketer and give India a different identity in the world, at that time it was a big thing for women to think that they can take part in the game. In this, her journey and women’s cricket will be told.

Will release on OTT
Anushka told that she is going to return to films after a long time, due to which she was feeling nervous. Anushka had told that during the initial phase of the shooting of the film, she was not confident about her physical strength. When she started working on it, she was very scared as she felt physically weak after giving birth to a daughter. Let us tell you that this film will be released on the OTT platform Netflix. Although the release date of the film has not been decided yet.

Will Riya Chakraborty’s file open again after Aryan Khan? The lawyer made this demand