Are the chances of Jofra Archer playing in the next season also messed up? Jayawardene gave this answer
Advertisement 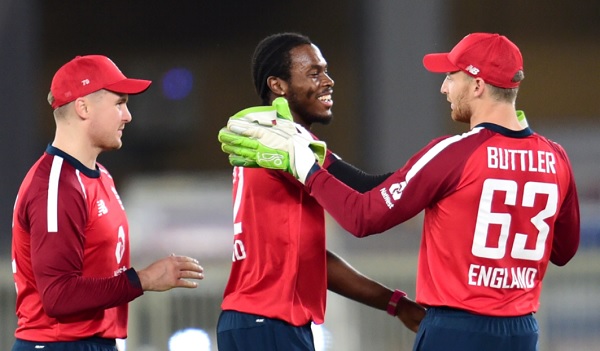 New Delhi, May 20:
Injuries to Jofra Archer continue to haunt him and the people who have invested in him don’t know what to do. Can a long-term strategy be made with Archer? They are not going to understand this thing because Archer has become another name for injury. His career can be defined by injuries and there is a strong possibility that his entire career will end with injury. Archer was anyway not the kind of bowler he was in his early days.

Mumbai Indians (MI) head coach Mahela Jayawardene has said that pacer Jofra Archer’s participation in the Indian Premier League (IPL) is “very much a thing ahead” at the moment. Mumbai Indians had gambled by buying Archer in the mega auction as the injured English pacer was not yet going to play this season.

In 2019, Archer also played the World Cup in England but after March 2021, when he played an overseas series against India, his career was full of injuries. It turned out that the young man suffered a stress fracture in his lower back. He struggled with an elbow and was ruled out of the 2022 season.

Jayawardene said the support staff of MI and the England and Wales Cricket Board (ECB) are closely monitoring Archer’s progress.

Jayawardene was quoted as saying, “Jofra’s availability for the next season is a long way off at the moment. Our experts will keep an eye on his fitness along with the ECB. This is a new injury, he is not the old one, so there is hope. That’s for Archer to get well soon. We’ll see how he moves on from this injury.”

Back in February, five-time IPL champions MI bought Archer for Rs 8 crore after a bidding war with Sunrisers Hyderabad (SRH) and Rajasthan Royals (RR). As far as MI is concerned, Rohit Sharma & Co are at the bottom of the points table and are already out of the T20 Championship. They have also been termed as the team with the worst strategy in the mega auction. IPL 2022 season will bear the brunt of this.

DC vs MI: ‘The atmosphere inside the team has changed’, Ponting reveals Delhi’s strategy against Mumbai

‘India will rule in Test cricket on the basis of these two batsmen’, Sehwag told which two players will the world be afraid of