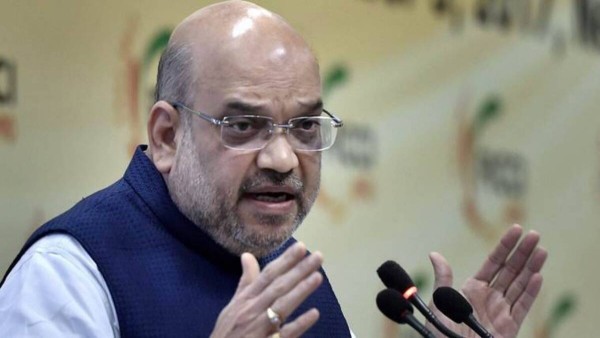 New Delhi, March 31: Union Home Minister Amit Shah said the Center has decided to reduce the areas under the Armed Forces Special Powers Act (AFSPA) in Nagaland, Assam and Manipur after decades of unrest. Amit Shah has given this big information by tweeting. The Armed Forces Special Powers Act (AFSPA) empowers security forces to conduct operations anywhere and arrest anyone without a prior warrant. It also gives security forces a certain level of immunity in case an operation goes wrong.

The Assam government had on March 1 extended the Armed Forces (Special Powers) Act, 1958 (AFSPA) for six more months from February 28 across the state. The AFSPA has been extended after a review every six months since 1990.

In a significant step, GoI under the decisive leadership of PM Shri @NarendraModi Ji has decided to reduce disturbed areas under Armed Forces Special Powers Act (AFSPA) in the states of Nagaland, Assam and Manipur after decades.

Home Minister Amit Shah said the reduction in areas under AFSPA is a result of “better security situation and faster development due to several agreements and relentless efforts by Prime Minister Narendra Modi to end insurgency and bring lasting peace in the Northeast”.

Amit Shah said, “Our Northeast region, which was neglected for decades, is now witnessing a new era of peace, prosperity and unprecedented development.”

The AFSPA was initially imposed in the insurgency-affected areas of the hills of undivided Assam, which were identified as disturbed areas. The hills of Nagaland were among those areas. Later, all the seven states of the Northeast have been brought under AFSPA.