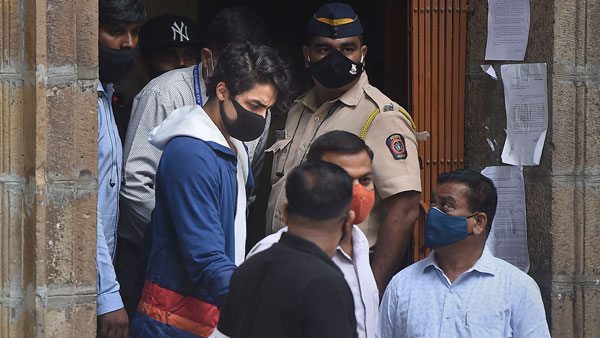 Mumbai, March 31.
Mumbai Court has given 60 days additional time to NCB in Aryan Khan Drugs Case. Earlier, the Special Investigation Team (SIT) constituted to probe the case had sought additional time from the Mumbai Sessions Court to complete the investigation of the case. In the application given in the court, the SIT had said that it would take time to study the facts related to the case closely. On which after the completion of the hearing, the court has given this decision by extending the time of investigation.

The Special Investigation Team (SIT) of the NCB had filed an application in the Mumbai Sessions Court on 28 March i.e. Monday. In which time was sought to study all the facts related to all the Khan drugs case before preparing the Aryan charge sheet. At the same time, it was revealed earlier that the SIT has not found any concrete evidence against Aryan Khan in the drug case. After which SIT chief and NCB DDG Sanjay Singh had said that the investigation of the case is going on. He said that the media reports on non-availability of evidence against Aryan Khan are not true and are just speculations. The investigation is not over yet. It is too early to say anything now.

In this case, the team of Narcotics Bureau led by NCB Mumbai zone chief Sameer Wankhede raided for drug smuggling. It is said that a drug party was allegedly going on on the night of 2 October. In which Aryan Khan and some others were detained by the team for taking drugs. Aryan’s Khan was arrested by NCB on 3rd October. After interrogation, the court sent him to judicial custody. So far, the NCB has arrested a total of 20 people, including two Nigerian nationals, in the case. Presently, the SIT of NCB is studying all the facts along with legal opinion thoroughly before filing the chargesheet in this case.

IAS couple Tina Dabi and Pradeep were seen in open love, shared the moments spent together on Insta