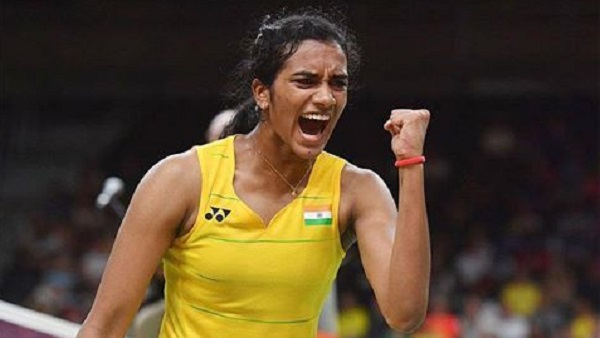 New Delhi. In the Badminton Asia Championships, India’s star player PV Sindhu on Friday crossed the ‘wall of China’ to ensure a medal. Double Olympic medalist PV Sindhu registered a thrilling win over China’s He Bing Xiao to make it to the women’s singles semi-finals. With this, Sindhu has ensured a medal. Sindhu made a comeback after a gap of two years.

Fourth seed Sindh beat fifth seed Chinese 21-9 13-21 21-19 in a quarterfinal match that lasted one hour and 16 minutes. Sindhu took an 11-2 lead in the first set without losing time and ended the match 21-9 to win 1-0. But in the second set, Bing Xiao put up a strong show to make a comeback. By the first half, Bing had taken a 6-4 lead. Then took a lead of 19-12 with 5 consecutive points at the last minute and finally leveled the match by winning the match 21-13.

In the third and deciding set, PV Sindhu played a cross court smash to attack Bing at the very beginning. At one point, the two were tied at 2-2, but Sindhu took an 11-5 lead till the break. Bing Xiao, however, tried to make a comeback after the break. The match also went to an exciting turn. Sindhu was at one point leading 15-9, but then the points jumped to 16-15. After this Sindhu was leading 18-16 and she won the match 21-19 after getting 3 match points.