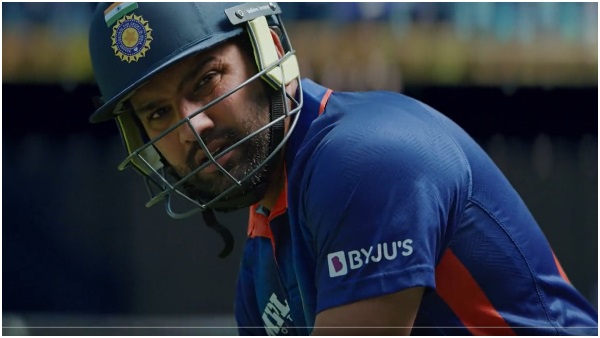 to wave the tricolor

Star Sports has shared the promo video of the India-Pakistan match from its official Twitter account. In this 40-second video, Indian captain Rohit Sharma says, there is a line between us which is drawn till the crease and we have a very special year old relationship, cricket. There are good players across the line. Today this line has given voice again. Today my India has to lift this cup for the eighth time, hoisting the tricolor all over the world.

India vs Pakistan in Asia Cup

Teams of India and Pakistan have clashed 14 times in the Asia Cup, out of which India has won 8 times, while Pakistan has won 5 times, while there was no result of one match. Let us tell you that in the Asia Cup, India and Pakistan met each other for the first time in 1984. India won that match by 54 runs. This time on August 28, India will face Pakistan. There is a special enthusiasm among the cricket fans of both the countries regarding this match. He is eagerly waiting for this match.

The wait is finally over as the battle for Asian supremacy commences on 27th August with the all-important final on 11th September.

The 15th edition of the Asia Cup will serve as ideal preparation ahead of the ICC T20 World Cup. pic.twitter.com/QfTskWX6RD— Jay Shah (@JayShah) August 2, 2022

The Indian team won the Asia Cup in the year 2016 under the captaincy of Mahendra Singh Dhoni. At the same time, in 2018, under the leadership of Rohit Sharma, the Indian team became the champion. That year the tournament was played in 50 over format. The T20 World Cup is to be played in Australia later this year, so once again the Asia Cup will be played in 20 over format. In this tournament, India has participated in 13 editions so far and has won the maximum number of 7. At the same time, the Sri Lankan team is at number two, which has won the title 5 times. Pakistani team has also been champion twice. Rohit Sharma & Co. is eyeing the 8th title this time.

Arshdeep considers his own father as the biggest competition, said this about coach and captain