Asia Cup: Virat will make this special record in the match against PAK, will become the second Indian to do so
Advertisement 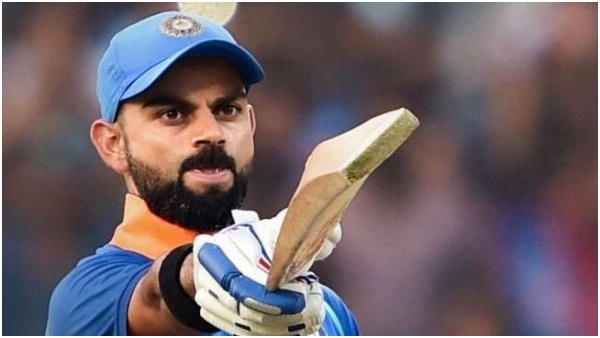 New Delhi, Aug 09: The BCCI on Monday announced the 15-member Indian squad for the Asia Cup 2022. Virat Kohli and KL Rahul have returned to the Indian team for the tournament starting August 27. While Deepak Hooda, Arshdeep Singh and Avesh Khan managed to save their place in the team. Jasprit Bumrah and Harshal Patel have not been included in the team due to injury. Three players have been kept on standby, these include Shreyas Iyer, Deepak Chahar and Axar Patel.

This time the Asia Cup will be played in T20 format. The first match of the tournament will be played between Sri Lanka and Afghanistan in Dubai. At the same time, the Indian team will play its first match of the tournament against Pakistan in Dubai on August 28. In this high voltage match, former Indian captain Virat Kohli can make a special record in his name. Actually Virat Kohli has played 99 T20 International matches so far. He will play his 100th T20 International against Pakistan. In such a situation, he will become the second Indian player to play 100 T20Is. Earlier Rohit Sharma has played 132 T20Is.

Both teams are as follows

Former Indian captain Virat Kohli is struggling with poor form these days. He was last seen playing on the tour of England. During this his performance was quite disappointing. He could not even score a single half-century. After that he was given rest. Now he is making a comeback from the Asia Cup. He has played 99 T20 International matches so far in his career. During this, Virat has scored 3308 runs at an average of 50.12 and strike rate of 137.66. He has scored 30 half-centuries in T20.

After winning the gold medal, Lakshya Sen celebrated in the style of Sourav Ganguly, took off the jersey like ‘Dada’