Asian Games 2022 postponed, decision had to be taken due to Kovid - report
Advertisement 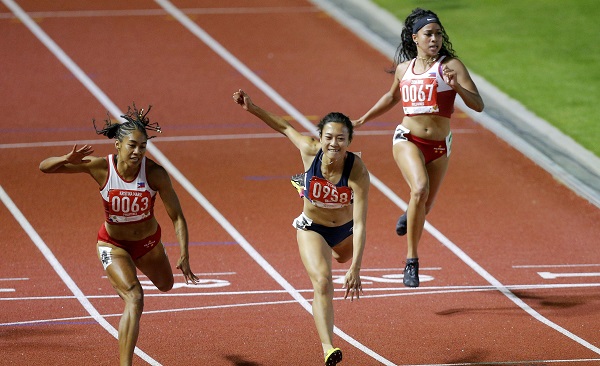 New Delhi, May 6: The Asian Games to be held in the year 2022 have been postponed indefinitely. The organizers gave this information on Friday. He says that this decision has been taken under Kovid, from which China is still emerging. Although no reason was given for the delay regarding these Games in Hangzhou in September, China has been battling to end its biggest Kovid-19 outbreak since the early days of the epidemic.

“The Olympic Council of Asia has announced that the 19th Asian Games, originally scheduled to be held in Hangzhou, China, from September 10 to 25, 2022, will be postponed,” a statement on the official sports website said.

Also read- Warner himself did not score a century, won everyone’s heart by saying this to Rovman Powell

The new dates for the sporting event will be announced later, the statement said.

The host city of Hangzhou is located near the largest city in the country, Shanghai. Here the ruling Communist Party has adopted a zero tolerance policy towards the virus. The lockdown was going on here for a long time.

A lot of preparations had begun for the games in the city named Hangzhou. The city has a population of 12 million and lies in eastern China. Here work was completed at 56 competitive venues for the Asian and Asian Para Games.

During this it was also told that a plan was made to organize the Games in a controlled environment for Kovid as the Beijing Olympics were also conducted in the same way, which were conducted in February in the Kovid safe bubble.

Warner taught a lesson to SRH by changing the color of the jersey, also took a selfie with Williamson on the go