Assembly elections will be held in Himachal this year, Congress apprehensive about the increasing steps of 'AAP' here
Advertisement 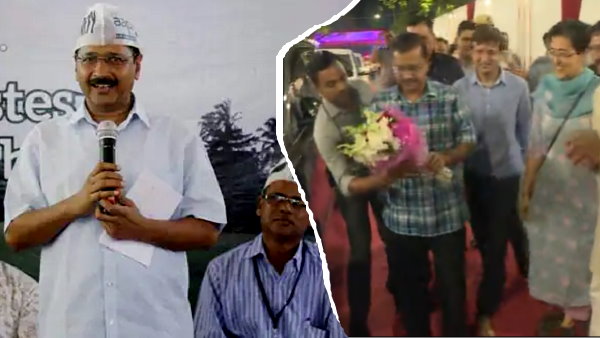 Shimla, Himachal Pradesh, situated in the Himalayan region, where assembly elections are to be held at the end of the year. It is a cold state to say, but now the political mercury has started rising here. This time the elections are going to be interesting with the entry of Aam Aadmi Party in the electoral fray. The Aam Aadmi Party is very excited these days after the formation of the government under the leadership of Bhagwant Mann in the neighboring state of Punjab. Even though you could not even open an account in Uttarakhand elections, the party has started preparing for Himachal Pradesh assembly elections with full enthusiasm.

If you notice, Congress leaders are joining more than BJP in your convoy. The entry of ‘AAP’ has worried the Congress party in the politics of Himachal Pradesh. The party leadership is worried that the AAP may take away the young faces of the Congress. Recently, this fear of the Congress party has increased after former Himachal Pradesh Youth Congress President Manish Thakur joined AAP along with his supporters. There are rumors that more young Congress leaders may soon leave the Congress. All eyes are on Arvind Kejriwal’s Kangra visit on 23 April. Major Vijay Singh Mankotia, who was the cabinet minister in the Congress government that day, will join AAP in the presence of Kejriwal.

In fact, in the changed political climate in the state, the Congress party has started getting out of the discussion. At the same time, now the Aam Aadmi Party seems to be more active than the BJP directly. The effect of factionalism going on in the Congress party is clearly visible. This is the reason why Congress leaders have kept silence. These people are waiting for the decision of the party high command. It is being told that many other state Congress leaders are reportedly not happy with the inner working of the party organization. It is being alleged that Himachal PCC Chief Kuldeep Rathore has completely failed to take everyone along during his tenure.

At the same time, he has closed the doors for new people by paying attention to the losers in the organization and the people who are rejected by the public. Not only this, the former president of the Congress party had activated the party during his tenure by forming organizational districts like the BJP. Even that step did not go down well with Rathore. And they dissolved the organizational districts itself. Due to which a large section of the party is sitting in front of Rathore.

Himachal Congress leaders including Himachal PCC Chief Kuldeep Rathore, Leader of Opposition Mukesh Agnihotri and others met party President Sonia Gandhi in New Delhi recently. In which the leaders of the state, apart from requesting changes in the state party organization, have also demanded an early decision on the formation of various election committees. Though Congress won 4 by-polls under the leadership of current PCC chief Kuldeep Rathore, some leaders have demanded a new HPCC chief. Apart from the 3 working presidents of the party, there is also a demand to appoint a Deputy Leader of the Opposition.

Many leaders of the party have started saying in silence that if the party does not make changes in time, then the dream of returning to power will not be fulfilled. Nadaun MLA Thakur Sukhwinder Singh Sukhu’s claim as the new president is emerging strong.

What is going on with the Patidars ahead of the Gujarat elections? Learn

Delhi: BJP expels 4 of its councilors from the party on charges of corruption