What is the best way to discard old external hard drive?

What is Virtual RAM? How different is it from Physical RAM?

Top 5 companies in the world that make the best computers 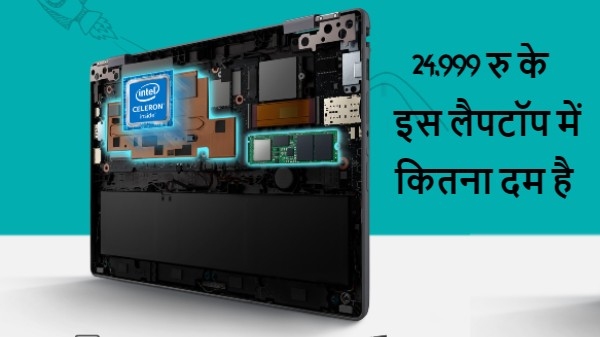 To begin with, it could be written from any side but the first thing that comes to mind is the design, the body of the Asus BR1100 is made of plastic and rubber in a way that gives protection not only from the outside but also from the inside. It is also worth noting that this is a fanless laptop i.e. it does not have fans for cooling like normal laptops, but heat sink plates are installed to keep the heat down like tablets and smartphones Which spreads the heat to a large part while using the laptop for a long time. To make it compact, an 11.6-inch screen has been given, whose side bezels are slightly thicker.

Like a smartphone, volume buttons have been given on its side, along with many other connectivity features will be available, including 2 USB-A ports, USB Type-C port, a full size HDMI port, RJ45 Ethernet port, apart from 3.5mm headphone jack is available. There is also a lid light on the side which starts blinking when the battery is less than 20 percent.

The Asus BR1100 has an 11.6-inch IPS LCD screen that supports 1366 x 768p resolution, while its brightness is also good according to the budget, which is 220 nits, the size of the bezel given in the laptop’s screen seems a bit different, Its brightness may be fine, but it would be better to use it indoors, its screen outside does not give that good response. Earlier, after reviewing many other laptops, its screen was quite responsive, compared to it, it looked a bit weak, especially if you are fond of watching movies or videos more in the laptop.

If you want to make a project or write something on the laptop, then it is very important to have a good keyboard and trackpad, the keyboard of Asus BR1100 gives a very good response, in simple words, such a keyboard is less available in a laptop up to Rs 50000, just one drawback. What you can ignore if you want is the backlighting which gives some comfort in using the keyboard at night. Its given trackpad is small in size but responsive, although I would recommend using a separate mouse for this.

The camera of the Asus BR1100 is similar to that of other laptops, 720p web looks fine in good light i.e. outdoors but in low light there are some grains which you will see even in expensive laptops. A physical shield has been given for privacy in the web cam. For audio, it has a Sonic Master powered speaker setup which gives a lot of quality, however it is not very loud in terms of volume, it would be better to use earphones or headphones while listening to audio.

Celeron N4500 dual core processor with 2.8GHz clock speed is an entry-level range processor coupled with 4GB of RAM and 128GB of internal storage, along with an external SSD slot that lets you expand storage up to 1TB . In Geekbench 5, the Asus BR1100 single core has brought 440 points, while the multi-core CPU has brought 549 points, according to the Celeron N4500 processor, these points can be called good.

However, after using the laptop for a long time, there is definitely a slight heat at the bottom, which takes some time to cool down. Whatever laptop I have used so far, it has performed well, that is, it is a perfect laptop for doing things like browsing, notes, but it may respond a little slow in faster work.

Asus BR1100 has a 42WHr battery, which can be charged with the help of 45W fast charging USB Type C. Asus says that the BR1100 lasts for 10 hours on a single charge, however it lasted for 6 hours in my normal usage which includes tasks like online video, web surfing. Bluetooth 5.2 and Wi-Fi 6 have been given for connectivity, one thing to note is that the LTE version of the BR1100 is also available in select markets with the option of microSD card slot, although this version is not available in India at the moment. .

Simply put, its squeeze is that the Asus BR1100 is a basic laptop that you can use for simple tasks, especially for children, it can be called perfect or if you can also create text and small document projects. Had the screen been a bit bigger, it might have attracted more user base. Its price is Rs 24,999, considering its performance can be considered good.

Keep these things in mind while cleaning the smartphone, otherwise there may be damage

After the ban of call recording apps, now you can record calls in these two ways