Attack Film Review - John Abraham tries to serve a mix of science and patriotism, fails in both
Advertisement 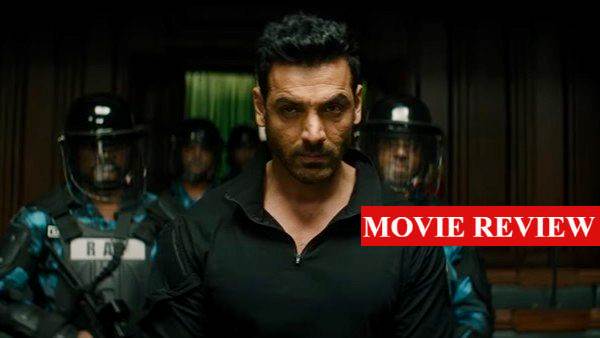 It begins with a surgical strike being carried out in Pakistan, which is led by Arjun Shergill (John Abraham). From there the team captures a Lashkar leader, Hamid Gul. The story moves forward a few months. Ayesha (Jacqueline) comes into Arjun’s life. Both are living happily when suddenly one day there is a big terrorist attack on Delhi airport. Arjuna, who was injured in this attack, paralyzes his whole body below his throat. He is living a sad life with his mother, when the army men again remember Arjun.

The army wants to prepare a super soldier to deal with the new leader of Lashkar, Umar Gul, for which they have chosen Arjun. Scientist (Rakul Preet) develops a chip that can be fitted into a human’s brain. Then every command can be given to a human being through an intelligent robotic assistant. This chip is fitted in Arjun’s mind. Soon Arjun gets ready for the next mission. But in the meantime a big terrorist attack takes place on Parliament. There all the ministers including the Prime Minister are imprisoned and some demands are placed before the government. Now the government fulfills the demand of terrorists or will Super Soldier Arjun create some Chakravyuh.. This is the story of the film.

John Abraham is a master of action, but he seems impassioned in playing emotional scenes. Hence, the track of John and his mother (Ratna Pathak) does not touch the heart even though it is emotional. Jacqueline and Rakul Preet’s characters also suffer from weak writing. The director has not given him the scope to do much. Prakash Raj, Ratna Pathak, Kiran Kumar, Ilham Ehsaas have done justice to their characters.

Lakshya Raj Anand made his directorial debut with ‘Attack’. Earlier, he has worked as an assistant director in films like ‘Ek Tha Tiger’ and ‘Bang Bang’. This will be the first Hindi film to be made on the subject of Super Soldier, but Hollywood has already tried its hand at it years ago. Does the director come up with something new or unique in ‘Attack’? No. Even as a super soldier, we see John Abraham’s on screen. Earlier also in films we have seen him fighting with 20 people at once and the same is true here. Yes, science has been used in the story but it does not attract. The directors have been seen walking on the formula made somewhere. John- Jacqueline’s romantic track looks boring and breaks the rhythm of the story.

The story of the film is written by John Abraham, the screenplay has been given by Lakshya Raj Anand, Sumit Bhateja and Vishal Kapoor. There are few dialogues in the film which grab your attention. Especially all the dialogues related to patriotism seem very stale. The cinematography by Will Humphries, PS Vinod and Soumik Mukherjee also fails to give the film a distinct tone. Few action sequences are good; Especially John Abraham’s fighting scene inside Parliament and the chase scene on the streets of Delhi.. The VFX of the film is average, while the editing could have been tightened a little more.

The music of the film is given by Shashwat Sachdev, which is average. There are many songs in the story one after the other, which try to connect you with the characters. But the songs do not touch the heart. The background score of the film is good. It sparks an interest especially in action sequences.

There is nothing new in this John Abraham film, which you have not seen before. If you are a fan of John, then you can watch this film once, otherwise do not waste your precious time on weekends. 2 stars for ‘Attack’ from Filmibeat.

Varun Dhawan and Janhvi Kapoor’s European romance will create a ruckus in Paris, know the details of Nitesh Tiwari’s film