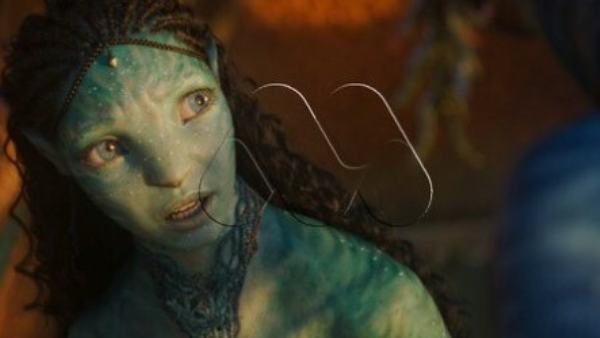 James Cameron recently unveiled the title of his awaited release

Avatar The Way Of Water, The makers are currently gearing up for releasing the first teaser of the film alongside

Doctor Strange in the Multiverse of Madness
launch. However, days before the launch the teaser has been leaked on social media.

Avatar: The Way of Water
first look was recently released at Disney’s CinemaCon showcase in Las Vegas on April 27. Notably, apart from

The Way of Water
footage, Disney during its 90-minute CinemaCon presentation also showcased exclusive footage from other upcoming films like

Doctor Strange in the Multiverse of Madness, Lightyear,
and

James has been working on the Avatar sequels for a decade, and the films have been shot in the past three years. First images from the Avatar sequel teaser revealed the leading character traveling around the Pandora in search of a new home. It also shows the local tribe of Na’vi interacting with various species resembling whales and pelicans.

The clips and pictures going viral on social media were possible from the release at Cinemacon. Thankfully, the makers were able to take the footage down from various social media platforms within hour of the leave. According to attendees of CinemaCon, the teaser is in 3D and glasses were missed to the audience to view the film’s first look.

For the unversed, Avatar 2 is set to debut in theaters on December 16, with sequels to come on December 20, 2024, December 18, 2026, and December 22, 2028. Avatar 2 is set to take place a decade after the incidents in the first film and will follow the Sully family — Jake, Neytiri and their three kids as more trouble follows them. The family will be seen going to extreme lengths to keep each other safe, as they fight more battles to stay alive.

Runway 34 Box Office: Earning only so many crores on the weekend, Ajay Devgan’s flop film?