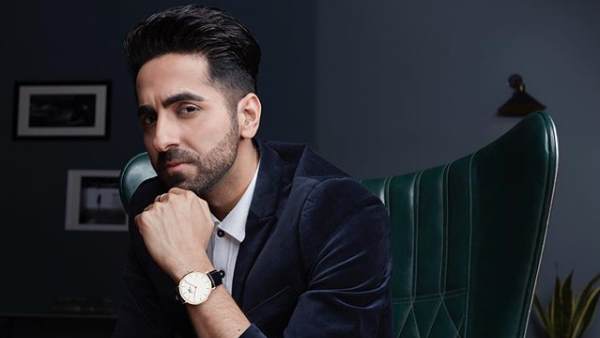 Said this thing about Vicky Donor

Ayushman said in the interview given to the media that I was such a person who had no connection and no penetration in the film industry. I am grateful to have mentors full of qualities who believed in me and guided me to where I am today. Talking about Vicky Donor, he said, “It has become my calling card to the industry regarding the films that I want to return.

Vicky Donor which was Ayushmann’s first was a risk for him. The actor said that I walked on that path which was less traveled. Today, when I look at my work, I take pride in my decisions. What has strengthened my belief about never choosing a safe script.

Most actors did this to me but I didn’t care

When initially as an RJ, Ayushmann interviewed several actors, and said he had many instances when he found them rude. He also said that he doesn’t think the said actors remember these conversations anymore. Asked if there has been any actor who has been rude and rude to him, Ayushmann told Bollywood Bubble, “Yes, a lot of times. Naam Thodi Batonga. Where did most of the actors do it but they don’t care about it.” .

I don’t get angry because films get criticism

When asked what behavior changed when he met him after becoming an actor, Ayushmann said, “He can’t remember. Because if your films are releasing, you have 20 interviews, he doesn’t remember I’m glad they didn’t meet or else it would have been embarrassing for them.” He added, “I used to review when I was an RJ and even when I was a VJ… then I’ve realized that since I had People have criticized, there will be karma for that, and so when I get criticism for my films, I don’t get angry for it. When asked if the actors he worked with later, I probably thought of those people. Haven’t worked with whom I have reviewed. Those I have worked with who were not in my reviews. These actors probably didn’t even see my reviews because I was just a VJ.”

Ayushmann made his acting debut in 2012 with Vicky Donor, directed by Shoojit Sircar. The film, which completed 10 years of release on Thursday, 20 April, also marked Yami Gautam’s Bollywood debut. It was also actor John Abraham’s first production venture. The actor is soon shooting for his next romantic drama ‘Hero’, produced by Aanand L Rai. Apart from this, Ayushman also has ‘Doctor Ji’.

Munawwar Farooqui’s luck shines in Kangana’s Lock Up, got a big offer

KGF 2 broke all the records, beats Bahubali 1 so far earning so much