Baba Ramdev was furious after being asked questions on the rising price of petrol, told the journalist - will my tail be able to
Advertisement 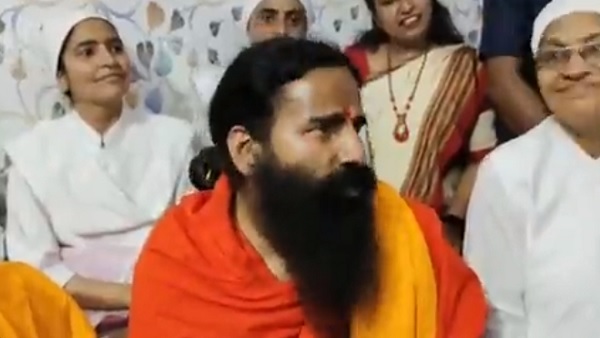 What did Baba Ramdev say?

In fact, a journalist had questioned Baba Ramdev about his remarks, which he had given in support of the Modi government before 2014. At that time Baba Ramdev had said that people should decide for which government they will vote, which will give you 40 rupees per liter of petrol or that government which will give 70-75 rupees per liter to that government? Just about this remark of Baba Ramdev, he was questioned by the journalist, in response to which he said to the same journalist, “Your questions are enough, you now shut up and yes I was like this, now what will be the tail padega for me?

Baba Ramdev did not stop here, he threatened that journalist even further and said, “You are a contractor, who should answer your every question, once you have told, then become a little civilized too.” Baba Ramdev finally threatened the journalist more and said that yes I had given that statement on TV and now I don’t tell what will I do. During this, other women present there had also come in support of Baba Ramdev. In the end, Baba Ramdev said that you are the child of good parents, do not ask such questions.

Yoga Guru Ramdev was seen on camera losing his cool and threatening a journalist, who asked him about his comments in the past on reducing petrol price. @ndtv pic.twitter.com/kHYUs49umx