Babar Azam can get so many crores in IPL, Shoaib Akhtar claimed
Advertisement 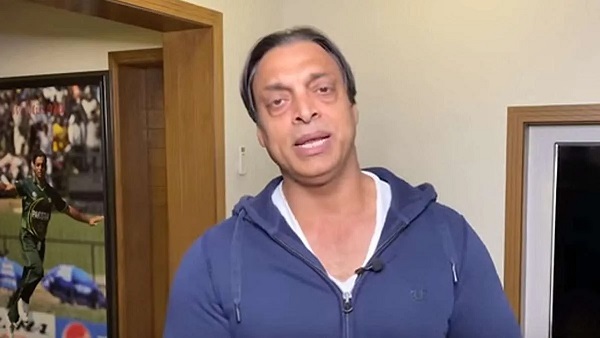 Shoaib Akhtar played for Kolkata Knight Riders (KKR) in IPL 2008. On the other hand, Babar Azam is one of the big batsmen at present. Babar is also the most popular cricketer in Pakistan cricket and also the captain of the national team in all formats. Akhtar, in a conversation with Sportskeeda, said that he would like to see Babar and Virat Kohli open the innings together in the IPL one day. Akhtar also said that if Babar becomes a part of the IPL auction, he will get 15 to 20 crores.

He said, “It will be great to see Babar Azam and Virat Kohli opening the innings together in IPL one day. What an exciting moment that will be. Babar will go for Rs 15-20 crore in the auction and he will be the most expensive player of Pakistan could.

Akhtar’s claim has no merit

However, if seen in reality, Akhtar’s claim does not seem to have merit as spending such amount on Babar will take less risk of any franchise. Currently, a player has got the highest amount of Rs 16.25 crore in the IPL auction. Former South Africa all-rounder Chris Morris was bought by Rajasthan Royals in IPL 2021 for a price. Among Indians, Yuvraj Singh holds the record for making the most money from the auction pool, who was signed by Delhi Daredevils in IPL 2015 for Rs 16 crore. In terms of salary, Virat Kohli and KL Rahul are the players to earn Rs 17 crore in IPL.

De Villiers said his heart, will Kohli be able to fulfill his dream?