Babar Azam found it difficult to practice in the nets with his brother, when the video went viral, PCB organized a class
Advertisement 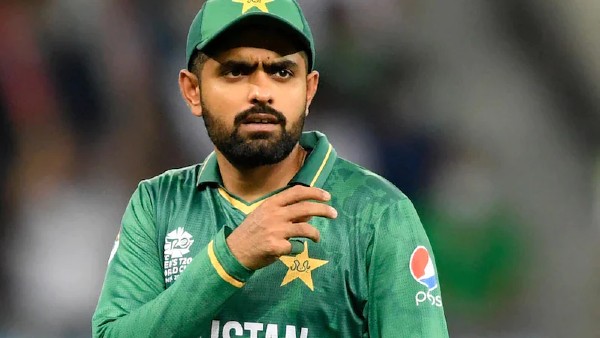 New Delhi. Pakistan cricket team captain Babar Azam has found it very difficult to practice with his brother in the nets. In fact, Babar Azam, along with his brother Safir, went to Pakistan’s High Performance Center in Lahore to practice net and let them take advantage of the facilities provided there, which is in violation of the guidelines issued by the Pakistan Cricket Board. As soon as photos and videos of him practicing with Safir became increasingly viral on social media and the controversy started, the Pakistan Cricket Board decided to remind him of his limits.

It is noteworthy that the Pakistan Cricket Board and Babar Azam are being criticized a lot for this incident. Not only this, this video going viral on social media has also caught the attention of former cricketers like Tanveer Ahmed. Safir had shared a video in which he was seen batting under the supervision of Babar on the nets of HPC.

Read more: DC vs MI: Rohit Sharma will have to score at least 21 runs in the last league match, otherwise the biggest stain can be seen

In this video, Safir is seen batting against Pakistan’s fast bowler Shahnawaz Dahani. The video has created a stir on social media and has raised a question mark on the PCB’s policy and its handling style. It is noteworthy that only Pakistan’s national team, first class players and junior cricketers can take advantage of the facilities available at the High Performance Center. Apart from these, the staff present there can also take advantage of these facilities.

On the other hand, if we talk about Babar Azam’s younger brother Safir, he is still yet to make a big name as a player. Talking to news agency PTI, a PCB source informed that Babar Azam had come here with his brother 3-4 days back when the conditioning camp had not even started and his brother had practiced on the nets later, which brought to the notice of the Board. He further said that because no Pakistani player can bring any friend or relative with him there, we reminded him politely and he said that this will not happen again.

Read more: 90 minutes of special preparation was done, how Virat Kohli returned to form in the last league match, revealed himself after the match

He said, “He is the captain of our national team, so we handled the matter humbly and reminded him what the rules are, after which he promised not to do it again.”

It is worth noting that Babar Azam has started net practice at HPC in view of the upcoming international calendar where the PCB has called 60 players in two different batches to prepare for the new season as part of the conditioning cap.

If Rajasthan loses then there will be loss, Harbhajan told why victory is important