Babita Phogat out of Lock Up, told why the audience did not like it
Advertisement 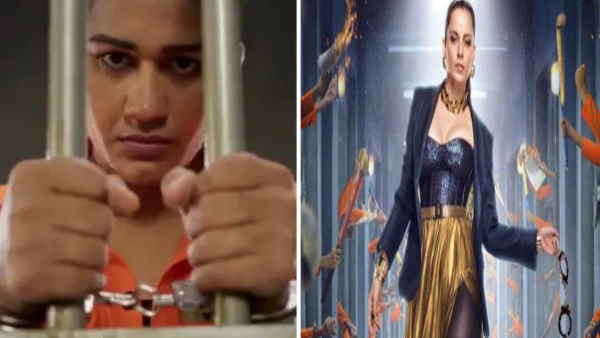 Another shocking elimination was seen in the lock up being hosted by Kangana Ranaut. After Siddharth Sharma, a prisoner Babita Phogat had to leave the show. The famous wrestler, who joined the show with high hopes and promises, has been released from the lock-up jail.

Babita Phogat was a strong contestant

Babita had formed a strong bonding with Payal Rohatgi and Swami Chakrapani Maharaj in the show. She proved her worth by winning all the tasks being a strong contestant in the show. Despite this, he was removed from the show.

Babita expressed disagreement on this allegation of Kangana

Kangana told Babita that you have not used yourself completely. However, Babita Phogat did not agree with this and said that she invested in people and made good relations with everyone in the lock up jail.

Karanvir and Babita were in the bottom two and the latter opted out of the show. While leaving, Babita became emotional and hugged everyone. Payal had tears in her eyes when Babita was coming out of the lock-up jail. Babita had left her one-year-old son in the show.

don’t make it your show

On the other hand, Kangana warned Karanvir to play the game wisely. Kangana also got angry at him and said take my warnings seriously, don’t make it your show. Apart from this, Kangana Ranaut was disappointed with Ali Merchant’s game and hence put her name in the ‘charge sheet’ for the nomination.

When Sunny said – don’t panic, I am married, you don’t want boyfriend and husband

Rani Mukerji has a crush on these two superstars, when she came forward for the first time, the condition was tight